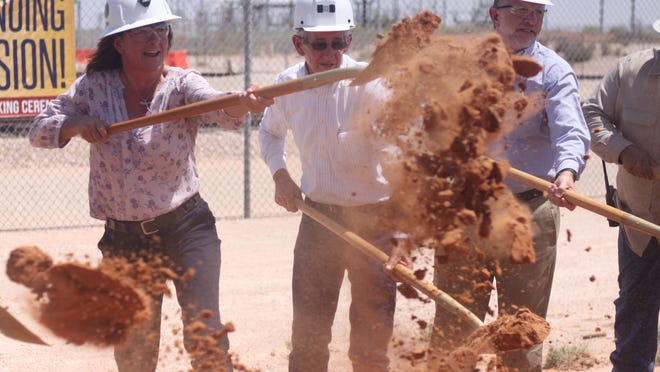 For the first time since the facility reopened in almost two years, WIPP resumed acceptance of shipments of nuclear waste from Los Alamos National Laboratory.

The shipment was received "safely and successfully" on Oct. 4, read a news release from the U.S. Department of Energy.

It was the first shipment received from LANL since WIPP resumed operations in January 2017, following a three year closure when after a drum of transuranic (TRU) waste shipped from LANL ruptured, releasing radiation into the air of the underground repository.

“The resumption of waste shipments from Area G to WIPP is a significant milestone for the EM mission at LANL,” said Los Alamos Field Office Manager Doug Hintze. “Our contractor, N3B, accelerated the process of standing up mobile loading operations at Area G.

"With that capability, EM is ready to ship waste to WIPP as the shipment schedule permits. We look forward to continue to ship waste offsite from LANL on a regular basis.”

A small shipment of waste was sent from LANL in November 2017, but the recent shipment was the first since WIPP reopened.

Todd Shrader, manager of the Carlsbad Field Office said the resumptions of shipments from LANL would benefit New Mexico and the nation's effort to clean up nuclear waste leftover from the Cold War.

More:WIPP: One year of shipments from Tennessee lab

"The safe completion of the recent shipment from Area G at Los Alamos National Laboratory (LANL) to the Waste Isolation Pilot Plant (WIPP) is especially important considering LANL’s waste cleanup benefits all New Mexicans," Shrader said. "I want to thank the employees at both sites who made the continuation of LANL shipments possible.

"Hundreds of hours of preparation were required to get this shipment ready for the short trip to WIPP.  I also want to congratulate Environmental Management Los Alamos Field Office Manager Doug Hintze who has provided the steady leadership to ensure LANL shipments are moving again from Area G."

"LANL waste shipments are part of the WIPP mission to dispose of transuranic waste at DOE generator sites around the country," St. John said.

About 450 shipments are expected from LANL during the next five years.

The shipment schedule will be determined by the availability of properly-certified waste from LANL, St. John said.

"The shipping schedule must also be balanced with competing priorities at other generator sites across the DOE complex," he said. "LANL is a significant part of WIPPs mission. Supporting TRU waste cleanup within the state of New Mexico is very important to the Department."