County seeks input while planning for the future

The county last created a growth management plan in 2007. Since then the county has changed.

County seeks input while planning for the future 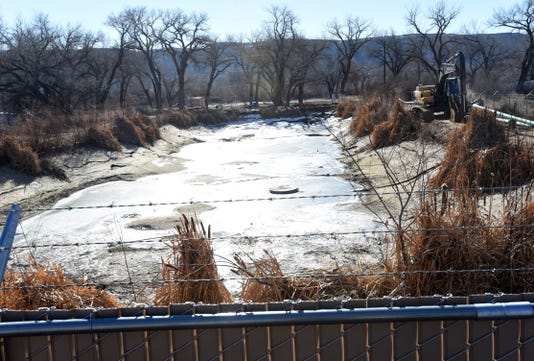 The decommissioning of the Kirtland sewage lagoon was one of the elements included in the 2007 growth management plan adopted by San Juan County.(Photo: Steve Lewis/The Daily Times)Buy Photo

The current plan was created in 2007. County operating officer Mike Stark said it serves as a road map for county officials and is used by the County Commission to guide its decision-making.

“A lot has changed in our county,” said Stark said.

As examples, he highlighted population shifts, economic challenges and the kind of services that are available.

“We want to hear from our citizens,” Stark said.

The county will have a public input meeting on the plan update from 6 to 8 p.m. Tuesday at McGee Park in the multi-use building.

During the meeting, residents will learn about the 2007 plan, as well as the preliminary work that has been done on the updated plan. Stark said residents also will see the results of a survey the county asked people to participate in earlier this year.

Stark said the 2007 plan identified wastewater systems that needed work and led to projects like connecting the Harper Valley subdivision to the Lower Valley Water and Sanitation District's sewer system, decommissioning the Kirtland sewage lagoon and studying the impacts of septic tanks in the Flora Vista and Lee Acres areas, as well as the Totah subdivision located just south of Farmington city limits.

He said the 2007 plan also led the county to acquire land off N.M. Highway 170, also known as the La Plata Highway, for an industrial park.

The plan prompted the county to establish a junk car ordinance and conduct a comprehensive facilities assessment, Stark said.