Unions say the 'right to work' ordinance will decrease their bargaining power, but supporters say it could help the county attract new businesses. 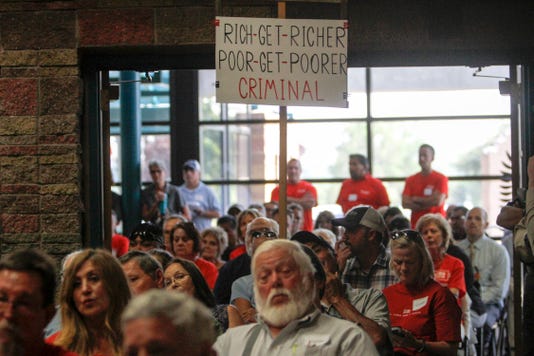 AZTEC — San Juan County needs jobs and, if a “right to work” ordinance can increase the number of local employment opportunities, the county should have it as a tool, county commissioners said before voting 4-1 in favor of the ordinance Tuesday evening.

The measure gives private-sector employees in unincorporated areas of San Juan County the right to choose whether to pay union dues or agency fees.

Commissioner Wallace Charley, the lone Democrat on the commission, cast the sole dissenting vote. He said the advocacy group the New Mexico Business Coalition, which supported the ordinance, presented facts and handouts to support its cause, while union members only offered verbal information. However, Charley said he voted against of the ordinance because he believed that was the way his constituents would want him to vote.

“I always listen to the people,” Charley said. “So my decision tonight will be, 'Where would my constituents be if it weren't for unions.'”

Charley represents the western portion of the county, which is predominantly Navajo. 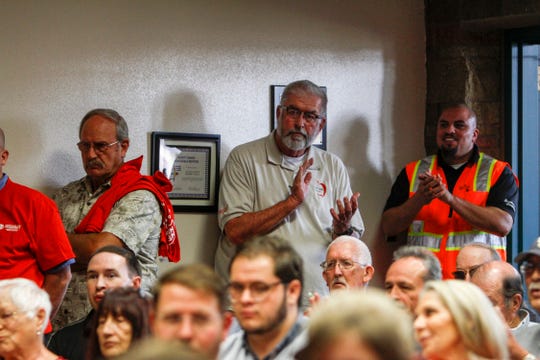 “We deal on a daily basis with discrimination,” she said.

She said the Navajo people in western and southern San Juan County have a lack of paved roads and inadequate facilities. In inclement weather situations, that can make it hard for Navajo workers to get to work.

“Who is going to represent a Navajo and say, 'For this reason, you're excused'?” Atcitty said.

The crowd stretched out of the County Commission chambers Tuesday night, and members of the audience expressed their feelings by cheering or booing comments.

Opponents of the ordinance argued that it is an attack on unions that would weaken the organizations' abilities to collectively bargain for better wages, benefits and job safety.

On the other side, proponents argued that it could spur job creation and provide freedom of choice to workers who don't necessarily support the platforms the unions support.

Americans for Prosperity works to get ordinance passed

Proponents included the political action group Americans for Prosperity, which has been pushing for right to work ordinances throughout the state, along with the advocacy group the New Mexico Business Coalition. 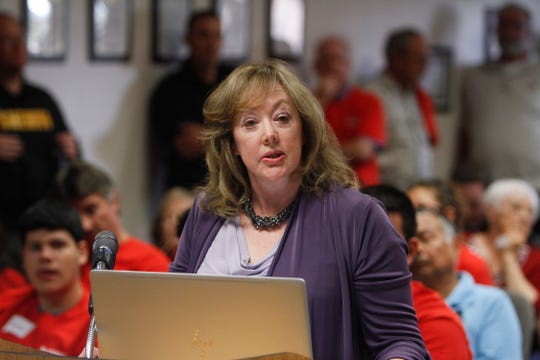 Prior to the meeting, Americans for Prosperity campaigned for the ordinance in San Juan County, including through radio ads, according to a press release from the organization.

After the vote, Americans for Prosperity state director Burly Cain said a year ago he started the effort to get “right to work” ordinances passed in counties throughout New Mexico.

The groups have been urging counties to pass “right to work” ordinances because the state Legislature has not passed a law dealing with the issue.

Cain anticipates there will be more counties joining the movement. He said the Sierra County Commission will discuss a “right to work” ordinance on Tuesday. He also hopes to get cities like Farmington to pass similar ordinances.

Supporters of the "right to work" movement hope to follow in Kentucky's footsteps. In that state, counties began passing “right to work” ordinances, which prompted the state Legislature to pass legislation making Kentucky a “right to work” state. 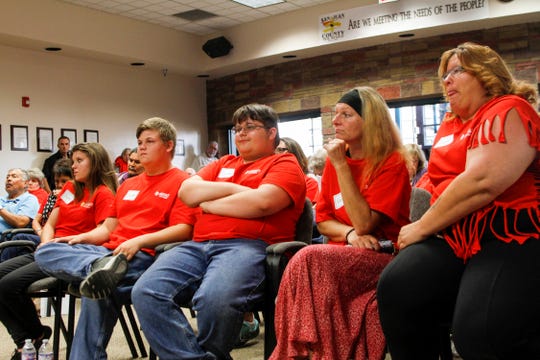 Proponents of the measure told San Juan County commissioners that Kentucky had seen more than $9 billion of corporate investment after the state ultimately passed the “right to work” legislation, according to a business leader in that state. In addition, the proponents argued, Kentucky's governor says the state saw the creation of 17,000 jobs.

Legal challenges could be on the horizon

The move has created resistance in New Mexico, and several labor unions sued Sandoval County after it passed a “right to work” ordinance. They cited a state attorney general's opinion that only the state Legislature has the authority to pass “right to work” measures.

Kentucky also saw legal challenges and was represented by Brent Yessin, a Florida-based lawyer who has offered his services to New Mexico counties that have adopted the measure.

Yessin assured San Juan County commissioners that there is no way they would have to pay legal fees if the county is sued for its “right to work” ordinance, explaining that the New Mexico Business Coalition and Americans for Prosperity have set up a fund to pay cover those expenses. He said unlike the city of Bloomfield's Ten Commandments lawsuit that resulted in the city having to pay $700,000 of legal fees for the plaintiff, the “right to work” lawsuits have not been civil rights cases.

Instead, he described the lawsuit against Sandoval County as declaratory, which means the county would only have to worry about its own legal fees. Because the business coalition has said it will cover those fees, Yessin said San Juan County would not have to worry about that expense. Yessin said a recent U.S. Supreme Court decision would prevent the lawsuits from becoming civil rights cases.

Four Corners Economic Development CEO Warren Unsicker said he has heard site selectors — people who help businesses decide where to locate — say some businesses do not want to operate in areas without “right to work” laws.

He said that would put San Juan County at a disadvantage while trying to diversify its economy and attract new businesses that will create jobs.

“It seems to me that that is really a big part of what this issue is,” County Commissioner Jack Fortner said.

The Public Service Company of New Mexico, which is the majority owner of San Juan Generating Station, has announced plans to close the power plant in 2022. That likely would mean the closure of the San Juan Mine at the same time. Commissioner John Beckstead said the county will lose 600 jobs in 2022.

“If, by passing this ordinance, there is any chance that it increases our ability to bring in any type of businesses or economic development, it's worth it,” Beckstead said.

Fortner said it was a hard vote for him because he has seen how unions help workers. His father was a union member.

He said he does not view the ordinance as “union busting” and pointed out that the union members who attended the County Commission meeting to speak against the measure all said they would voluntarily pay union dues if they were not required to.