The Kirtland Town Hall Growers Market will be from 5 to 7 p.m. Mondays at the park behind the town hall on County Road 6500. 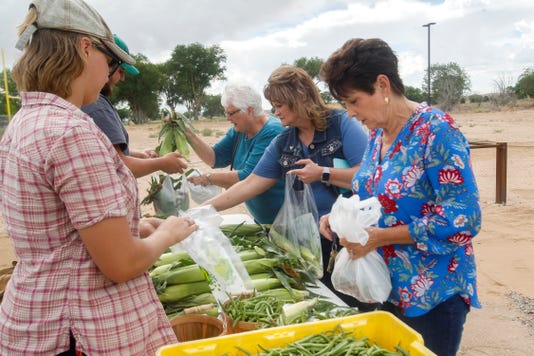 The Kirtland Chamber of Commerce, which organized the market, reported on its Facebook page that the vendors sold out of goods, and Sutherland Farms sold 600 ears of corn.

The market will be held from 5 p.m. to 7 p.m. every Monday for eight weeks, according to Kara Wood, a member of the Kirtland Chamber of Commerce.

The chamber and the town of Kirtland began working together about a year ago to make the market a reality, Wood said. At the time, the town was in the process of planning its first park. That park, located behind the town hall on County Road 6500, now features a playground and a parking lot with an area for the market. 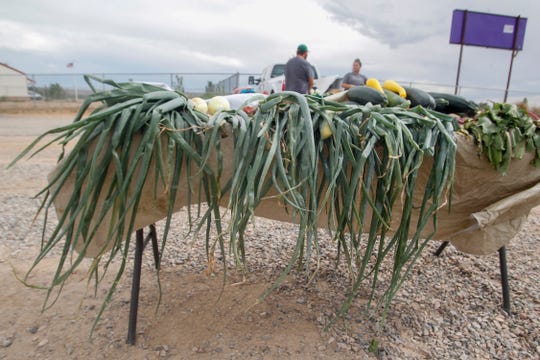 Fruitland resident Jason Oberholser, who owns Jabek Ranch, has been selling goods at the Farmington Growers Market. He said he will continue to sell in Farmington but is excited to have a market closer to his house.

“I’m just thrilled that we’re getting one started here now,” he said.

He said the new venue will help connect producers to different local customers. 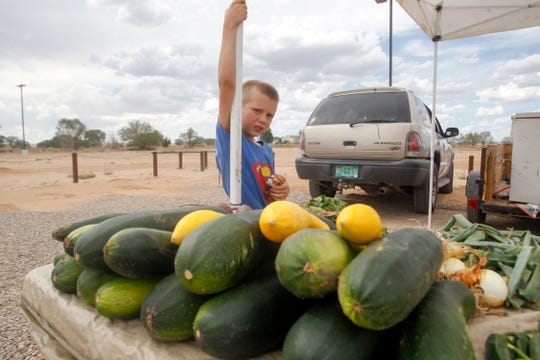 She said the market also will encourage enterprise and help people make a little extra money.

“Our economy is not great, so what can we do to make it better?” Wood said. 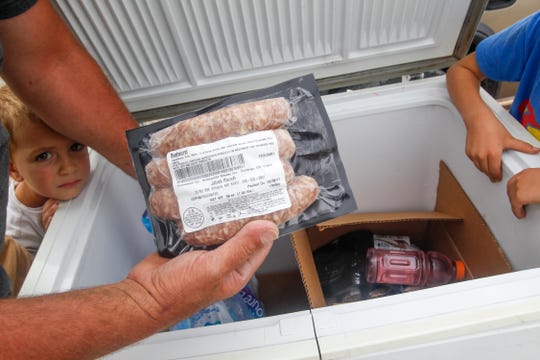 Duncan said the park venue next to the town hall also provides a safer place for vendors to sell goods. He said it is not uncommon to see produce stands operating alongside U.S. Highway 64, and many drivers struggle to turn back onto the highway after purchasing goods.

Duncan said there is parking for 100 people at the park, and they can safely turn onto County Road 6500 and return to the highway.

“This used to be a farming community,” Duncan said. “There’s hardly any big farms here.” 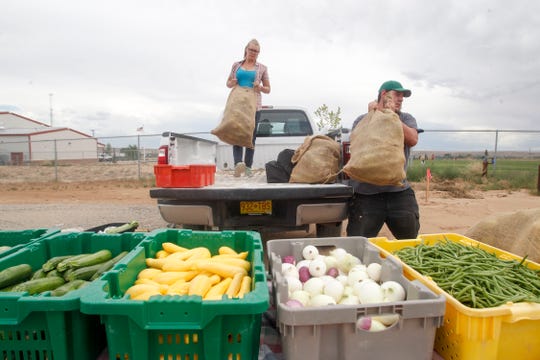 But he said lots of people have gardens or small farms. Duncan said the growers market is a way to encourage people to get back to their farming roots and encourage gardening.

“I look forward to the farmers bringing fresh veggies and produce for me to purchase,” he said. 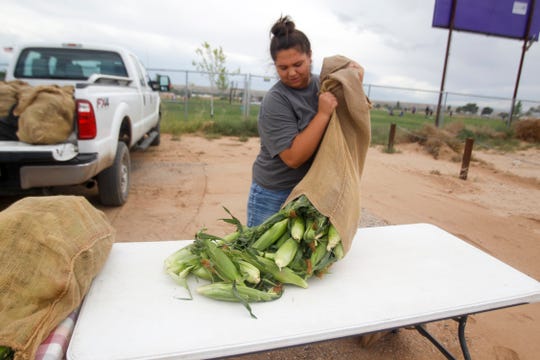