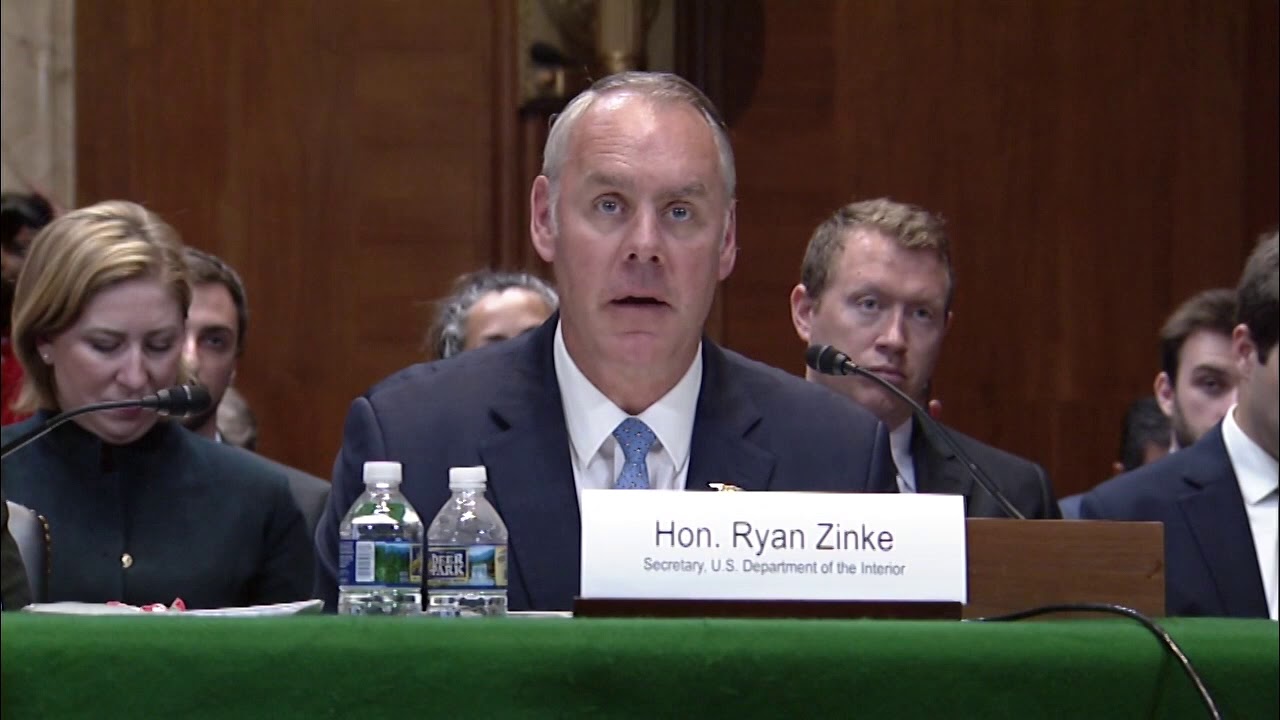 U.S. Secretary of the Interior Ryan Zinke agreed during a recent Senate hearing that some public lands are “too sensitive” for oil and gas drilling, even as the Bureau of Land Management planned its September lease sale to the industry to include parcels of land near Carlsbad Caverns National Park.

Zinke was challenged by Sen. Tom Udall (D-NM) before the Senate Appropriations subcommittee, May 10 in Washington D.C., while the committee discussed the department’s fiscal year 2019 budget.

The 10-day public comment on the sale ended on April 20. The proposal included parcels of land ranging from 40 to 1,700 acres, nominated by oil and gas industry leaders, in Chaves, Eddy and Lea counties.

A portion of the 197 parcels proposed for leasing are along U.S. Highway 62/180, near Whites City and along the border of Carlsbad Caverns National Park.

“The BLM will consider all substantive comments received during the public scoping period, to ensure the potential environmental consequences are analyzed in a manner that allows the BLM to make an informed decision about the proposed competitive lease," said BLM spokesman Derrick Henry.

While Udall was thankful for a recent delay in lease sales around Chaco Canyon and the Chaco Culture National Historical Park, near the Navajo Nation in northwest New Mexico, he worried the Carlsbad Caverns could be the next culturally-significant piece of public land at risk from oil and gas development.

“I’m also concerned about resource protection in the Permian Basin around Carlsbad Caverns National Park as well, where you have scheduled a lease sale for September. I’ve heard that some of the potential parcels could impact the Cavern systems, or are located in other environmentally sensitive areas,” Udall said to Zinke during the hearing.

“I also understand the park service has shared its concerns with BLM about the impacts to this cave and karst ecosystem from oil and gas drilling.”

The senator called on the Department of Interior to postpone any lease sales until a full historical and environmental assessment can be done on the parcels in question.

“Are you aware of these objections? Will you heed them, and delay leasing around Carlsbad Caverns national park, until a full assessment can be done, as we have done around Chaco, to ensure that development will not jeopardize the national and natural treasure that Carlsbad is?” Udall asked Zinke.

Zinke said his department often listens to local concerns from the public, leaders and field representatives.

He said the BLM is also often in communication with the National Park Service regarding access to public land, although Zinke did not specify if any discussion or collaboration had occurred regarding the sale near Carlsbad Caverns.

“I’ve always agreed there are some places that oil and gas production is fine, and other places that are too sensitive,” Zinke said. “The reason why we delay, is if there is a legitimate reason based on science, on either cultural or scientific impact, then we withdraw it. We’re looking at it closely.

"Sometimes a park superintendent will relay a concern. We ask that that concern is based on science and studies.”

More:Water producer sues over limits on drilling into Ogallala Aquifer

The secretary of the interior also questioned if anyone in D.C. would know better what to with the land than a local representative. He said his department often defers to local judgement.

“Usually, a person that is out in the field day to day, has a better feeling about the local community, because they live in the local community, about the environment because they live in the environment,” Zinke said. “So I value the field’s opinion often times, or science, more than I would consider it from our lovely people we have here. Unless you live out there, it’s a different story.”

In addition to concerns about drilling near Carlsbad Caverns and other national parks and monuments, Udall challenged recent changes to department guidelines the senator said limited public input on proposed lease sales.

The changes shortened the public comment period from 30 days to 10 day, and Udall worried power was also taken away from local BLM directors or manager – giving final determination to higher-up BLM officials located in D.C.

This guidance makes public participation optional. It allows only 10 days for the public to protest a lease sale. And directs agencies to avoid doing any new environmental review, just to name a few things,” Udall said. “This takes away flexibility from the field staff to use their best judgement about where, when and how to lease parcels.”

The policy changes were meant to streamline the leasing process, Zinke said, not disregard public opinion. He said the process still includes plenty of options for members of the public to voice concerns about certain lease sales.

“I think the public does have a say, and a voice,” Zinke said. “It’s their land after all. Public land deserves that. I’ll work with you on it. The state managers and the state BLM directors have an enormous amount of say.

“Some of it was consistency, some it was, quite frankly, we’re behind, 300, 400, 500 days sometimes. The workload to get a permit out, and this body has been critical of that, we’re trying to be more efficient. But I agree, the public has a say and should.”

A lack of public comment could further delay leasing, Udall said, as subsequent litigation and protests could follow a sale if the public is not allowed to contribute to the discussion.

“These public engagement opportunities are essential for leasing to be successful, and for the government not to end up in a cycle of lease sale delays and litigation,” Udall said.