Xavier Horsechief anything but overwhelmed by experiences in front of camera 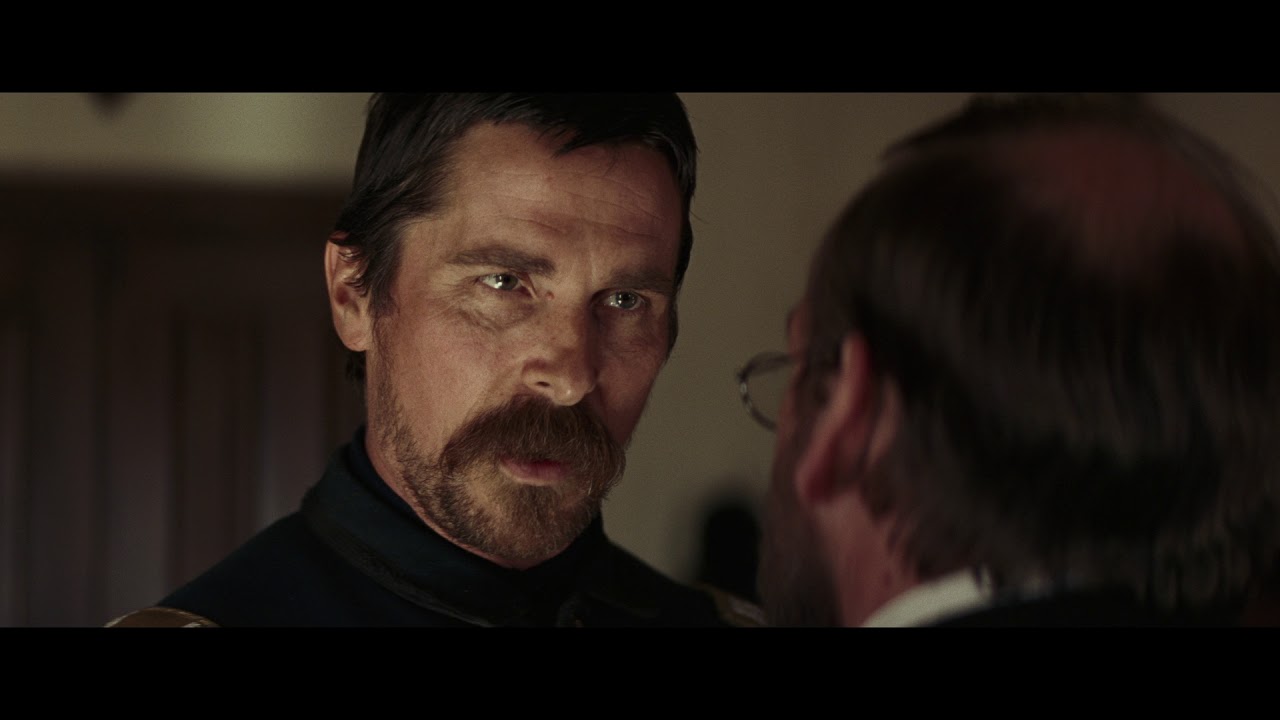 FARMINGTON — Navajo filmmaker Kody Dayish recognized Xavier Horsechief's star quality as soon as he met him, which was during a casting call in a Shiprock restaurant in the spring of 2016.

"He's the cutest little kid," Dayish said, recalling his thoughts from that encounter. "As a director, he stood out of the crowd. I thought, 'I hope he isn't shy.'"

Dayish needn't have worried. Horsechief, now a 9-year-old student at Judy Nelson Elementary School in Kirtland, is poised and composed well beyond his years, a trait that has served him well through his work on several of Dayish's films, as well as his most recent project, a supporting role in the new Hollywood Western "Hostiles," which opens in major markets nationwide on Friday and secondary markets in January.

"I keep telling him he's not a 9-year-old kid, he's an adult trapped in a kid's body," Xavier's mother, Aryana Horsechief, said last week. "Even when he was on the set, he was exactly like he is now."

The unflappable young Horsechief seems to have a gift for taking in stride everything that comes his way. He was only 8 when Dayish began using him in some of his films, "The Red Hogaan" and "The Beginning," and it was only a few months later that the young actor spent three months in the Santa Fe area filming "Hostiles" with director Scott Cooper (writer, director and producer of "Crazy Heart") and stars Christian Bale, Wes Studi, Rosamund Pike, Adam Beach, Jesse Plemons and Ben Foster.

With the release of that film imminent, the young actor seems anything but overwhelmed by the experience. His favorite part of the shoot wasn't hanging out with the guy best known for playing Batman, he insisted — it was getting to ride a horse and cross a river.

Of course, there was a lot of down time on the set, he said, as there is with most films. Xavier passed the time by studying with his studio teacher — shooting lasted from late July through late September, causing him to miss several weeks of class in Kirtland — and playing with his mom's smartphone.

Xavier is the lead child actor in the film, which relates the tale of a U.S. Army captain (Bale) who reluctantly leads a detail charged with escorting an aging Cheyenne war chief (Studi) back home to Montana to die.

Xavier plays the grandson of the chief and the son of Black Hawk (Beach). He has two lines in the film, one of which comes at a crucial moment in the story.

Arayana noted her son had to speak Cheyenne in the film, a challenge he took on with his usual aplomb.

"He caught it quick," she said.

Arayana, who is Cherokee, was especially pleased that Xavier had that experience.

"I thought it was pretty interesting to know he was playing a different tribe and learning about that tribe," she said.

More:Christian Bale: what 'Hostiles' says in the Trump era

The young actor landed the role after Dayish referred him and his mother to a casting agent in Albuquerque charged with lining up some of the on-camera talent for "Hostiles." His first audition for the film took place in Santa Fe in April 2016, and his performance there earned him a callback with two other finalists in May.

Arayana recalled feeling pessimistic about her son's chances of earning the role when a few weeks went by, and they didn't hear anything. But in early June 2016, while she was at work at the Navajo Agricultural Products Industry facility south of Bloomfield, her cell phone rang, and it was the casting agent calling to inform her the film's producers had chosen Xavier for the part.

"I felt like I was hyperventilating," Arayana said, laughing as she recalled that moment. "I was sitting on the phone trying to catch my breath. It felt like I was drowning. I thought, 'Am I really hearing this right?' It was overwhelming."

As always, she was far more impressed with that development than her son.

Mother and son were asked to be in Santa Fe in July to begin shooting. Though Xavier had racked up some acting experience on the set of Dayish's films, the shooting of "Hostiles" would represent his first exposure to a major Hollywood production. Arayana said Cooper and film's other producers made the transition as painless for them as possible.

"They were really helpful because they knew we were first timers," she said. "And with the help of family and friends, we got through it pretty quick."

No one from the Horsechief family has had the opportunity to see the film yet, but they all have seen the trailer, which features Xavier prominently near the end. That was a particularly proud moment for Dayish, who takes great pleasure in providing creative opportunities for people on the Navajo Nation.

"To see him on the trailer, I was really, really excited about it," Dayish said. "With a lot of Natives beginning in this industry, they get jealous (of each other's success) easily. This family is not like that."

More:Film about Shiprock group to air on New Mexico PBS

Arayana seems determined to keep her son grounded and have him avoid the pitfalls that a life in the spotlight sometimes can present. Lately, his life has been far more traditional, as he spent the fall playing youth-league football and hitting the playground for games of pickup basketball.

But the family remains in touch with Beach about other potential opportunities, and Xavier has even taken a turn as a model for a new clothing line designed by Dayish's brother Kolin.

Dayish said Xavier's appearance in his film "The Red Hogaan" is probably the most intense scene in the production, and it was an easy decision for him to cast the youngster in his new film, "Boy Who Cried Wolf," which offers a Diné take on the well-known legend. He believes Xavier's acting career will progress as far as he wants it to.

"I think it's really up to him," Dayish said. "If he really likes it, and if the opportunity comes up again, I'd definitely throw him in there. It's up to him if he wants to do it."