Food drive competition pits local governments against each other

The entity that collects the most pounds of food per employee wins a traveling Mr. Potato Head Trophy

Food drive competition pits local governments against each other

Aztec collects 1,960 pounds of food or nearly 23 pounds per employee

FARMINGTON — Local municipalities and the county government collected a total of 15,462 pounds of food for ECHO Food Bank during an annual competition this year.

The competition dates to 2010. The entity that collects the most pounds of food per employee wins a traveling Mr. Potato Head trophy.

The cities and county took the barrels of collected food, as well as money and pallets of water, to the ECHO Food Bank on Wednesday, where they were weighed.

The city of Aztec claimed the trophy for the fifth year in a row. Aztec collected 1,960 pounds of food, or 22.79 pounds of food per employee.

San Juan County came in second. The county collected 11,249 pounds of food, or 16.37 pounds per employee.

The city of Bloomfield collected 520 pounds of food, or 6.84 pounds per employee. 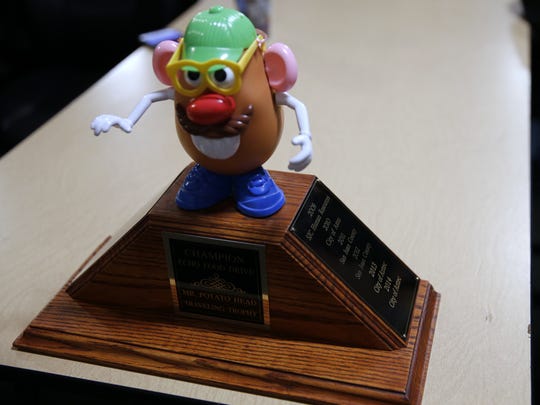 Farmington took fourth this year with 1,913 pounds of food, or 1.97 pounds per employee.

Since the competition began, the entities have donated more than 65 tons of food.

"It started as a small idea," said Doreen Thomas, administrative assistant of juvenile services for the county.

Thomas has been involved with the food drive since it began. She said she has enjoyed it every year.

While the project started as a small idea, Vicki Metheny, the food bank director, said it has become the nonprofit's largest food drive. 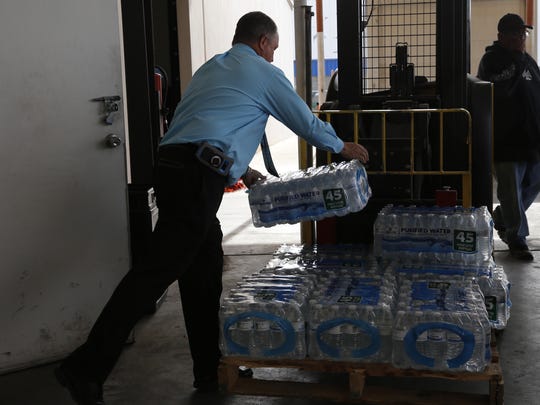 She said the competition is unique because it brings the county and the cities together to raise food for a charitable cause.

Hannah Grover covers government for The Daily Times. She can be reached at 505-564-4652 or via email at hgrover@daily-times.