Businesses and groups are among those pitching in to help relief effort for Texas residents affected by Hurricane Harvey.

FARMINGTON — Local businesses, churches and organizations are among those collecting items to help Gulf Coast residents affected by Hurricane Harvey in Texas.

Harvey was a Category 4 hurricane when it made landfall in southeast Texas on Aug. 25 and caused record flooding in Houston.

The National Hurricane Center listed the storm as a post-tropical cyclone as it moved into the Ohio valley today.

Among those collecting household and personal items for victims of the storm was Four Corners Hope for Houston, a grassroots movement started by three Farmington ministries.

Fareed Ayoub, founder of the Passion Radio Network, said his radio station, along with Passion Play and Templo Sinai Assembly of God, collected donations at Sam's Club in Farmington today.

Ayoub said Templo Sinai partnered with a church in Houston to receive the items, and organizers initially planned to fill a semi truck with goods. But those plans were changed after local interest in the project grew.

Shelia Mobley, owner of Detailz Mobile Boutique, held a donation drive while her mobile clothing and accessories store was stationed outside A Beautiful Mess on Thursday. Mobley, a native of east Texas, said the idea to help came after she responded to a similar effort on the social business network Boutique Hub to help small businesses impacted by Harvey. 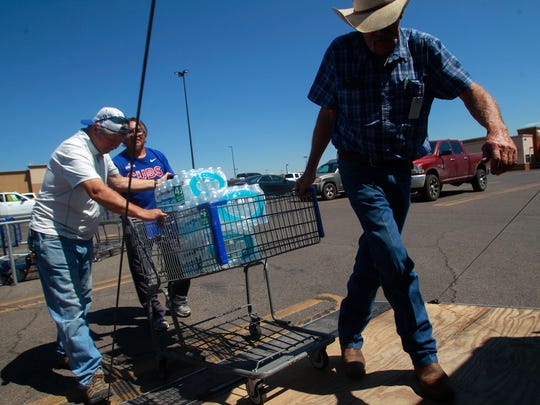 Another mobile retail business getting ready to help is the Dyed Poppy Boutique, which will donate 20 percent of its proceeds when it sets up from 4-7 p.m. on Thursday in the parking lot of Costa Vida, 4009 E. Main St.

Dyed Poppy owner Ashley Ritter said the proceeds will be given to the Texas Diaper Bank, a nonprofit organization that provides diapers and cleaning wipes to babies and adults in need. Ritter said she also will accept monetary donations at the event or people can contact her at 505-860-0806. 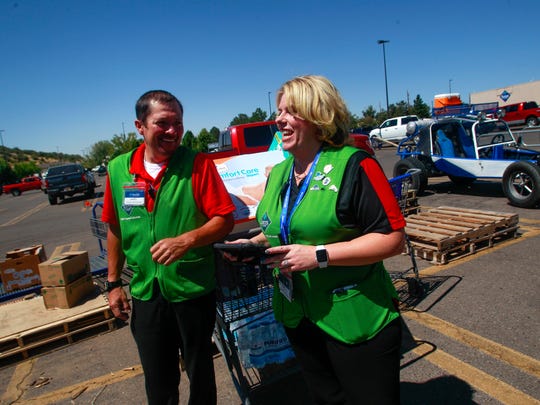 After the monetary donations are collected, Ritter will submit them to the Texas Diaper Bank and have the amount listed on the organization's website.

It is common for scammers to contact people by calls or emails and request confidential information, something a legitimate organization would not do, she said.

One way to prevent becoming a victim of scammers is to research organizations and donating directly, Allen said.