Parties agree to settle claims in the case of Sharon Jones, an inmate who died in 2015 at the San Juan County jail.

Sharon Jones is pictured in 2012.(Photo: Courtesy of Carolyn Wojakowski)

FARMINGTON — Parties have reached a settlement in a lawsuit filed in the case of Sharon Jones, a 58-year-old inmate who died of sepsis in January 2015 while incarcerated at the San Juan County Adult Detention Center.

San Juan County Attorney Doug Echols said today the county reached a $250,000 settlement in the wrongful death lawsuit. He said the county would pay $50,000 of the settlement, and the county's insurer would pay $200,000.

The hospital, which provides medical care at the detention center, also reached a settlement agreement in the lawsuit, but hospital spokeswoman Roberta Rogers today declined to answer questions about it.

"It is not the policy of San Juan Regional Medical Center to discuss the specifics of any pending or settled litigation," Rogers said in an email.

An attorney for the Jones family, Anna Holland-Edwards, said in an email today that the settlement with the hospital was confidential, but the terms were "resolved to the satisfaction of the parties."

Meanwhile, 13 current or former inmates who had previously claimed negligent medical care while incarcerated at the detention center dismissed their lawsuits against the jail on Monday. Parties agreed to pay their own attorney's fees and costs.

Nine additional inmates have also dismissed their lawsuits but indicated in court filings they would like to move the claims to state court.

Christian Hatfield, of the Tucker, Burns, Yoder and Hatfield Law Firm, said today that his firm dismissed the inmates' lawsuits due to the high standard of proof necessary to win in federal court.

He said the plaintiffs would need to prove the jail, through pattern and practice, showed a "deliberate indifference" to the inmates' medical needs.

He said the nine cases the firm seeks to move to state court were the most likely to succeed.

Despite the dismissals, Hatfield said the firm has succeeded in improving conditions at the detention center, which he said was a victory for both inmates and the community.

Jones was one of three inmates who died in the first three months of 2015 at the detention center.

The Jones family filed the lawsuit in June 2015 after a guard found Jones dead at the detention center on Jan. 5, 2015. An inmate who was with Jones on the night she died told The Daily Times in May 2015 that Jones asked to be taken to the hospital several times before her death.

A jail guard told a detective with the San Juan County Sheriff's Office who was investigating the case that she did not usually work in the medical unit, and she could not remember whether Jones requested emergency medical care.

Jesus Marquez died of pneumonia on March 3, 2015, while incarcerated at the detention center.

The sheriff's office found in its investigation into Marquez's death that the 34-year-old inmate filed three medical forms complaining of severe chest pain the day before his death, and jail guards argued with medical staff at the jail about whether to transport him to the hospital in the hours before his death.

The Marquez family settled its claims against the jail and hospital in June.

A medical investigator later ruled that Carter died of chronic obstructive pulmonary disease, a respiratory illness, and a sheriff's office detective found in jail records that Carter complained about not receiving inhalers before his death.

A jail guard also told the detective that a nurse complained Carter faked dizziness and did not need to be in the medical unit at the jail. 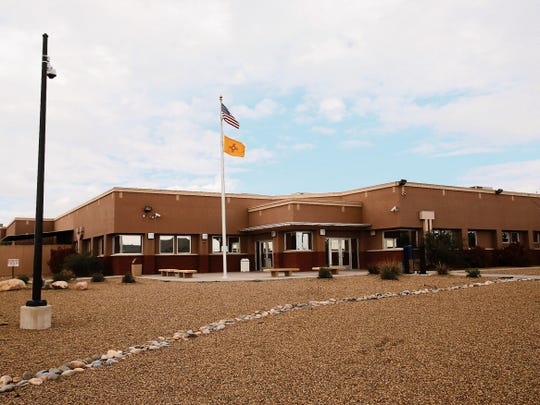 The parties filed a report with the federal court Monday that indicated a settlement was not possible in the lawsuit brought by Carter's family, and the case should proceed to trial.

The parties previously indicated a settlement could not be reached in the Jones family's lawsuit, but Echols said today that they reached an agreement after further negotiation.