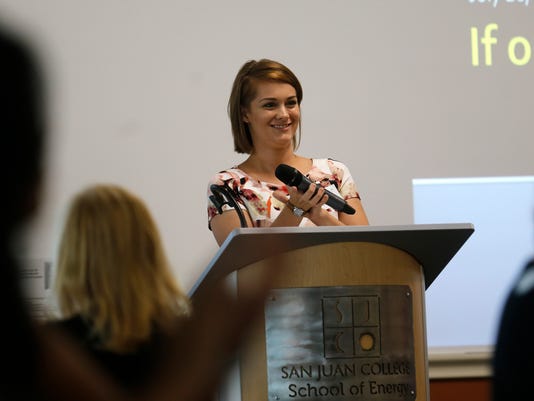 This year's San Juan United Way campaign theme — "If our hearts are right" — springs from a poem by George Sharpe, investment manager at the Merrion Oil and Gas Corp., one of the San Juan United Way's "cornerstone" corporate donors. Corporate cornerstone companies fund the nonprofit agency's administrative costs, so all the money collected during the agency's annual campaign drive goes solely to the agencies it helps support.

Complicating matters, however, is a drop in charitable giving throughout San Juan County.

Abeyta, the organization's new millennial leader who took over for former director Linda Mickey, told the approximately 75 people at the meeting that this year's campaign will focus on raising money by monetizing likes on social media to persuade people to give as little as $1 or $2 from each paycheck. Abeyta said the focus should be on connecting people.

After the meeting, Abeyta said money collected by the San Juan United Way is distributed to 18 local partner agencies and funds more than 40 programs.

"So 40 programs serve San Juan County's hungry, homeless, victims of violence, children, low-income families, seniors," Abeyta said. "It's a tough time for people right now. But everybody knows somebody who uses the services the United Way funds."Last year, the United Way's campaign raised $2.5 million, down from $3 million the year before — all at a time when nonprofits in the county are seeing increasing demand for services. 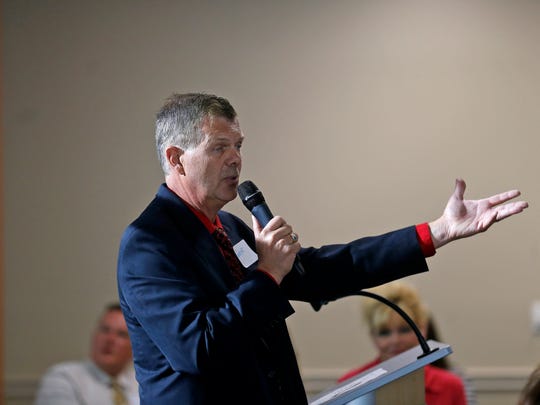 "We could say a dollar-number goal, but that's so arbitrary," she said. "Even if we were able to raise more money than in years past, that honestly doesn't meet the need."

Eugene Schmidt, who is the San Juan United Way campaign cabinet chairman and superintendent of the Farmington Municipal School District, said the downturn has led to the a reduction of 48 teachers in the district from previous years.

This year, Schmidt said he will be focused on increasing the number of district employees who give to the United Way. Last year, 20 percent of the district's 1,400 employees gave to the agency.

Vicki Metheny — food programs director at the Economic Council Helping Others Inc. —  said the agency's food bank has seen a sharp increase in the number of people coming through its doors in need of help.

"There's just been a major increase in the number of people who have never before turned to someone for help," Metheny said.