Terri Benn has been overseeing the school district as interim superintendent since last April. 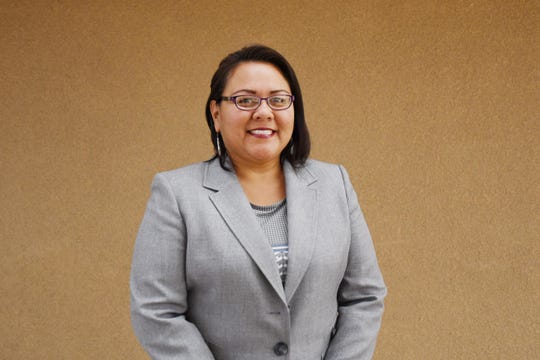 FARMINGTON — The Central Consolidated School District Board of Education has appointed Terri Benn to serve as superintendent for the next school year.

Details about the new contract are under negotiation and will be decided by the board at a future meeting, according to the district.

Benn has been with CCSD for more than 10 years. Before becoming interim superintendent, she was principal for Eva B. Stokely Elementary School in Shiprock.

"I am very excited and honored to have been offered a one-year contract," she said.

Since taking the helm, Benn focused on collaborating with staff to advance student opportunities in the district while addressing concerns about the potential closure of the San Juan Generating Station.

The administration has also been working on student enrollment, pressing for more Impact Aid dollars and encouraging the advancement of teachers and staff.

"To know that we're going to continue to work on those, it makes us feel good that we get to continue. We don't get to stop and start all over again," Benn said.

Before the board met in executive session to discuss the appointment, it elected new officers.

Jones was selected as board president while Thomas was named vice president. Aspaas retained her seat as secretary and Pickering and Begaye will serve as members.

Jones could not be reached on May 22 for comment about Benn's selection.

Begaye said he was pleased with the board's decision to retain Benn.

"She's capable of continuing the job," he said, adding that she worked well with him when he was board president.