San Juan College and Farmington Municipal Schools worked together to buy a four-story building on East 30th Street. The purchase is now complete. 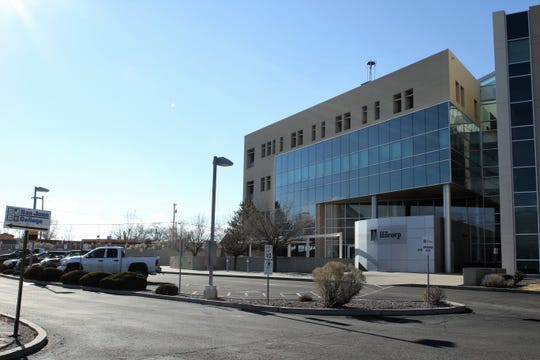 In a joint press release, the entities stated they used bond monies for the purchase. The monies will also pay for interior remodeling to accommodate services that will relocate to the four-story structure.

"The co-acquisition of this awesome property is a big win for San Juan College, Farmington Municipal Schools district and for our entire community," DesPlas said.

Both had been working toward securing the building since last year, which will be renamed the 30th Street Education Center.

"We hope that partnerships such as these will become a model for interagency cooperation and efficiencies," Pendergrass said in the release.

The San Juan College Board and the Farmington Municipal School District Board of Education approved the purchase and sale agreement in December, followed by a joint powers agreement in January.

Under the agreement, the college will own 53 percent of the building and the school district will own 47 percent.

The building has been vacant for about two years. Under the joint venture, the college will occupy the second and third floors and the school district will be on the first and fourth floors.

Farmington schools will use its space to relocate departments from buildings on North Dustin Avenue, East 20th Street and North Court Avenue. That process is slated to begin in June, according to the release.

"With many of our departments under the same roof, the 30th Street Education Center will serve as a one-stop shop for the Farmington community," Schmidt said in the release.

The college board approved FBT Architects to renovate its portion of the building, a process that will start soon.

The remodel will accommodate the college's Academic and Career Engagement Center, a boardroom and work session space for the college board, the online veterinary technician program, the Center for Workforce Development and the Community Learning Center.

The New Mexico Highlands University-Farmington Center and the University of New Mexico's San Juan Center will relocate to the building as well.

It will eventually house the New Mexico Department of Workforce Solutions.