Aztec will be home to a new wrestling facility this fall after a successful community funding campaign. 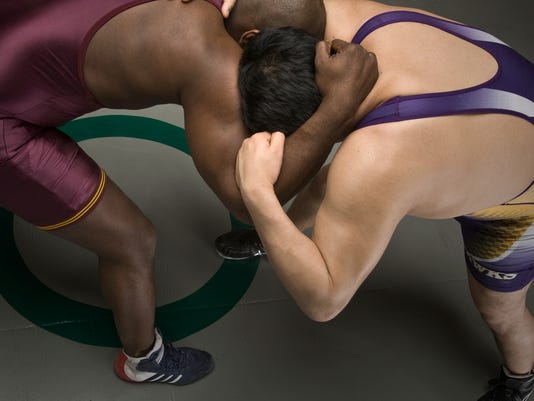 FARMINGTON — Aztec High School will be home to a new wrestling facility this fall after a successful community funding campaign.

Herb Stinson, the former Aztec High School wrestling coach who organized the effort, said the Four Corners region has raised approximately $210,000 to build a new wrestling facility at the school.

The future facility, which has not been named, will have a 50-foot-by-100-foot footprint with enough space for two and a half wrestling mats, according to Stinson. The building will also include a lobby that can double as a study hall and a community gathering center.

Stinson said the building is expected to be ready for use by early September. Those involved with the nonprofit organization that organized the fundraising campaign had an informal groundbreaking ceremony on Saturday, and construction will begin on May 14.

Stinson said wrestlers in Aztec have been working with limited space for several years. Wrestlers from not only the local middle and high school programs, but also Aztec’s youth wrestling program have been sharing a 40-foot-by-50-foot wresting room at Aztec High School's Lily White Gym and dragging mats out in the auxiliary gym for overflow.

Aztec’s high school and middle school teams both have approximately 30 athletes, and the youth program has approximately 135 wrestlers from ages 4 through 12 this year, according to Stinson.

The campaign to raise funds for the project began in 2015, Stinson said. Community members and local and regional businesses have donated money and in-kind services for the project.

The Aztec Municipal School District donated land for the building, and the district will take on operating costs when the building is completed, according to AMSD Superintendent Kirk Carpenter. The freestanding building will be attached to the AHS auxiliary gym.

“It’s been a long time coming," Carpenter said. "They’ve needed a bigger facility for the high school program and obviously the youth program, and we’re absolutely excited about it. The school has not been in position to do a lot of additions … and we’re just excited about the partnership and continued partnership.”

Stinson said there is still some fundraising to go. Though the campaign met and exceeded its goal, project costs have increased since original estimates in 2015, Stinson said. The effort needs to raise an additional $20,000 or so to complete the project as planned.

More information is available at aztecwrestlingnationnm.com.