Parents urged to be more active in education

Farmington parents learned how they can work together to improve their child’s education during a district meeting.

Parents urged to be more active in education

FARMINGTON — Parents learned how they can work together with the Farmington Municipal School District to improve the education of their children during a meeting today.

Nearly 100 people filled two conjoining rooms at the Sycamore Park Community Center to hear guest speaker retired U.S. Army Lt. Col. Consuelo Castillo Kickbusch talk about bringing people of different ethnic, racial and cultural backgrounds together as a single community to change the lives of their students. Kickbusch is the founder of Educational Achievement Services Inc., which has a number of programs devoted to leadership training.

The Family Leadership Night event is part of the district’s effort to include parent and community feedback in its strategic planning process to help shape the future of the district.

Before the meeting, Kickbusch said she hopes parents realize they have ownership in their child’s education, and the best teachings can start with them.

“It starts with us; it starts at home,” Kickbusch said.

She added that school districts need to be more inclusive when reaching out to parents and host more events in the community like today’s meeting.

Deyvi Jaquez, the mother of two students at Bluffview Elementary School, said she was hoping to learn how to become more involved in her children’s education and balance that with her full-time job. 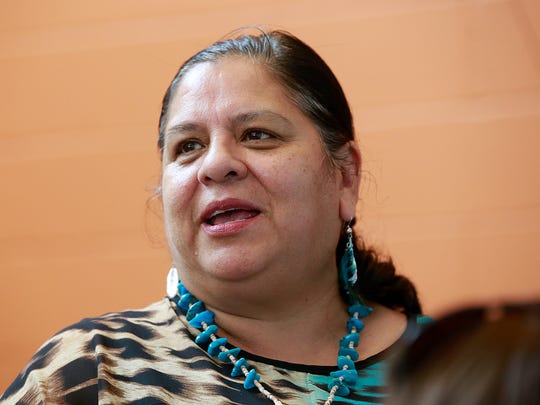 Consuelo Castillo Kickbusch says those who wish to promote more involvement by parents in their children's education need to try something other than the same old thing. (Photo: Steve Lewis/The Daily Times)

“I don’t think I’m very involved. I do as much as I can,” Jaquez said. “I’m trying to make a difference.”

Kickbusch talked about her personal journey growing up. She detailed how she went from trying to learn how to speak English as a 6-year-old in a new school to graduating college and enlisting in the U.S. Army.

She also spoke about the impact her parents had on her life and how it was her mom who led Kickbusch to retire from the Army after 20 years of service to reach out and improve communities similar to the one where she grew up.

Kickbusch also led a discussion about how parents and the district could find ways to work together. One parent asked Kickbusch how she could increase the participation of parents in a school’s parent-teacher organization.

Kickbusch replied it will take them going out in the community and trying new ways to increase parental involvement rather than continuing to do the same things. 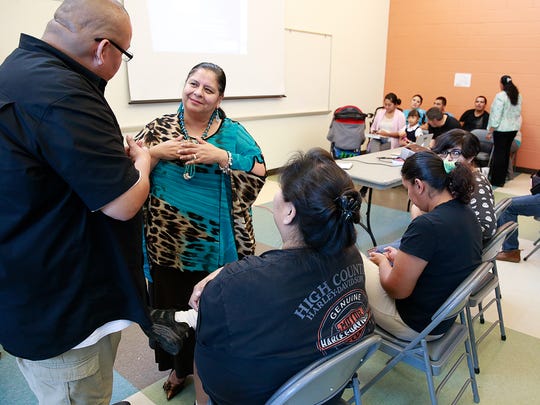 She also set up an appointment between one parent and district Superintendent Gene Schmidt to sit down and talk after the parent complained about a lack of communication between parents and the district.

Schmidt spoke briefly near the end of the meeting, explaining that the meeting was the first step toward parents having a larger voice in the education of their children. He invited parents to sign up to attend leadership training to help them become advocates for education.