Some parents concerned about school calendar

Farmington parents have expressed concerns about the delayed-start school days on the district's calendar.

Some parents concerned about school calendar 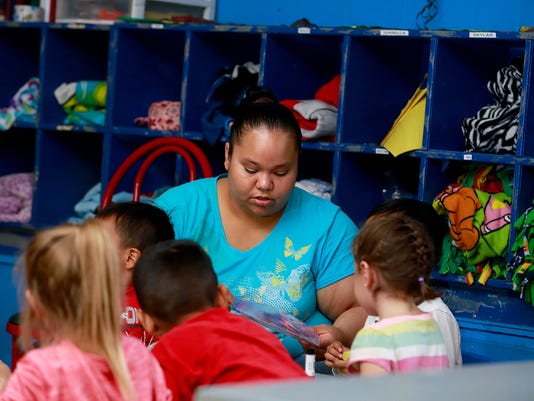 Linsey Lane teaches a class made up primarily of 3 and 4-year-olds on Friday at Just US Kids Daycare on East Main Street in Farmington.(Photo: Steve Lewis/The Daily Times)Buy Photo

FARMINGTON — Some parents have expressed concerns about changes in the Farmington school district’s calendar to include a number of delayed-start school days this school year.

Frank Kowal Jr. learned about the calendar change from The Daily Times on Thursday as he was dropping his grandson Frank Kowal IV off at the Just US Kids Preschool and Daycare location. Kowal said he starts his shift delivering packages at 8 a.m., which takes him to Pagosa Springs, Colo., on a daily basis. He said it would be very difficult for his boss to accommodate a late start on the delayed-start days during the 2016-2017 school year.

“If we were informed, it would be better for the kids,” Kowall said.

Rod Foss, owner of the Just US Kids Daycare locations in Aztec and Farmington, described the calendar change as a nightmare.

“It’s a total inconvenience to five of my employees and my business that was not there before,” Foss said.

He said he will have to hire a bus driver to drop off the 12 students of his five employees in Farmington on the delayed-start school days. Foss needs his employees working to meet state requirements by the New Mexico Children, Youth and Families Department.

The board approved the changes to the calendar to provide the district with the opportunity to improve student performance on state proficiency tests through increased teacher training, which will take place on those delayed-start mornings.

Superintendent Gene Schmidt said that while the district had received 12 A letter grades from the New Mexico Public Education Department administrators, teachers and principals see math and reading proficiency levels that need improvement.

The percentage of students who met or exceeded expectations on the English language arts portion of the Partnership for Assessment of Readiness for College and Careers (PARCC) for the 2014-2015 school year hovered between 23.7 percent for fifth and sixth grade to 42.8 percent in 11th grade, according to state education data.

The percentage of students who met or exceeded expectations on the mathematics portion was between 6.5 percent for eighth grade and 30.1 percent for third grade.

“The two-hour blocks of Monday morning time are necessary for teacher professional development and collaboration to improve effective instructional strategies, align curriculum, conduct data analysis of student performance, and integrate technology with instructional literacy,” Schmidt wrote in a letter posted to the district’s website on June 30.

Schmidt said he understood the change would be an inconvenience for some families, and he welcomes phone calls from parents about how it impacts their lives.

He described education as a partnership with families and said this is a chance for the community to help the district improve the quality of education by allowing the district the time on Monday mornings to conduct the teacher professional development. 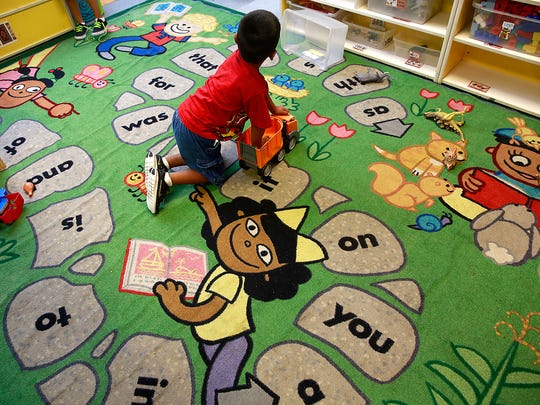 "We're saddened if that fall-back plan is to take time off work. I don't think that's our intent," Schmidt said. "Our intent is, 'Can you explore your family and community resources to find day care, child care for your kids during time we need to improve and retool the skills of our teachers?'"

Assistant Superintendent Phil Valdez said the district was having discussions with the Farmington Boys & Girls Clubs about starting a possible morning latch-key program.

Maria Rodman, Farmington Boys & Girls Clubs executive director, said the organization has bused students to the center on early-release school days and is looking at a possible service for delayed-start school days. But she said busing students is an issue.

Janet Hunter, director of secondary curriculum for the district, said the professional development that teachers participate in on Mondays can set them up to immediately implement changes in the classroom.

“We really want to focus on changes in the classroom based on research-based strategies for effective instruction,” Hunter said.

The 2016-2017 district calendar that was approved in March that included 18 early-release days on Wednesdays also caused concerns for parents, Schmidt said.

The early-release school days impact students in after-school latch-key programs, along with school clubs, organizations and sports, as those students are bused home but have to find a ride back to school three hours later.

Ann Diehl, district Title 1 director, said the early-release school days could have jeopardized a 21st Century Community Learning Centers Program grant for the district and the Farmington Boys & Girls Clubs that requires a certain number of hours for students to participate in.

Parent Heidi Karst said she understands the district’s desire to improve instruction but thinks it was disrespectful of the district to assume that parents with full-time jobs would know how to handle the change.

“If you use day care, you are kind of stuck unless you have a family member or babysitter that can get them to the bus or school on a delayed-start (day),” Karst said.

She also hoped the district would have given parents enough time to make child care arrangements.

Schmidt said he believes the district gave enough notice with a three-month period from the approval of the calendar on June 9 to the first delayed-start school day on Aug. 22.

Some large local employers said they have not heard about any issues from their employees.

Farmington City Manager Rob Mayes said no employees have brought any concern to his attention.  He said many of the city’s services operate 24 hours a day, seven days a week, and that provides flexible scheduling for employees.

Employees at the San Juan Regional Medical Center have not indicated that the calendar change would be a hardship, according to spokeswoman Catherine Zaharko.

But the calendar changes are putting Kevin Chee in a rough spot. He has seven students enrolled in Farmington schools and works for San Juan Casing Services.

“I either have to call in to work, and I've got to miss work because of that, and that’s money out of my pocket, or show up late, and I don’t know how that is going to go with the boss,” Chee said.

He also is enrolled at San Juan College, taking classes in the instrumentation and controls program with courses starting around 8 a.m.

Chee said the calendar changes will severely impact his life, and he is still working to figure out child care needs for the first delayed-start school day.