UNM plans to eliminate 16 jobs across the state

UNM is eliminating 16 positions in its six education centers across the state in an effort to reduce operating expenses.

UNM plans to eliminate 16 jobs across the state

Officials say the cuts, which will affect all six of UNM's Statewide Education Centers, are intended to reduce operating expenses 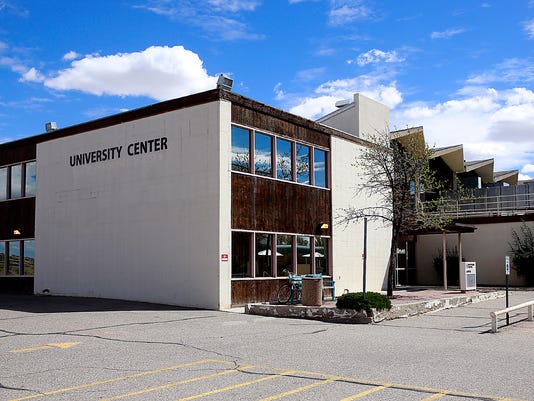 The annex building on the San Juan College 30th Street campus, which houses the University of New Mexico's San Juan Center, is seen on Tuesday. UNM has confirmed it will cut 16 positions at its six Statewide Education Centers in an effort to trim operating costs.(Photo: Steve Lewis/The Daily Times)Buy Photo

FARMINGTON — The University of New Mexico is eliminating 16 positions in its six education centers across the state in an effort to reduce operating expenses.

The positions are in Bachelor and Graduate Field Centers in six Statewide Education Centers, according to a statement from Dianne Anderson, UNM director of media relations. The centers are based in Farmington, Gallup, Los Alamos, Santa Fe, Taos and Valencia.

Employees involved in advising and recruiting students, as well as operating those centers, will be affected.

In the future, a limited number of new positions will be created to address some of those responsibilities, said Terry Babbitt, UNM associate vice president of enrollment management. Those employees, who will have different titles, will report to the UNM Division of Enrollment Management, he said.

Babbitt said shifting responsibilities from UNM's Extended Learning Division to the enrollment management division led to the elimination of certain positions and the creation of new ones.

“We don’t want people think we are abandoning the communities,” Babbitt said.

Frances Vitali, an instructor in the teacher education program at the University of New Mexico's San Juan Center, prepares to leave for the day on Tuesday from her office at the annex building on San Juan College's 30th Street campus in Farmington. (Photo: Steve Lewis/The Daily Times)

Jack Fortner, president of the UNM Board of Regents and a San Juan County Commissioner, said he does not like the changes, but stressed that the university cares about students in San Juan County.

He said the San Juan Center in Farmington is important because it helps students transferring from San Juan College to UNM receive help as they continue their educations.

“We’re not closing the centers. UNM is reducing space and staff,” Fortner said. “The idea is to still have support here. Online extended learning is changing the focus a bit.”

Courses scheduled for the fall semester at the education centers will not be canceled, Babbitt said. Some courses, including the teacher education program in Farmington, are taught by professors in a classroom.

UNM is also renegotiating office space leases at its six education centers in an effort to save money, Babbitt said.

“We’re not closing the centers. UNM is reducing space and staff. The idea is to still have support here. Online extended learning is changing the focus a bit.”

Jack Fortner, president of UNM Board of Regents and a San Juan County Commissioner

The changes do not sit well with Steven Gerenscer, a Farmington student pursuing an online master's degree in public administration. Gerenscer said UNM administrators did not communicate the changes to students.

“It feels like UNM does not want us to be part of their school,” Gerenscer said.

Gerenscer learned about the changes in an email that recruiter and adviser Catherine Walker Grobler, from the Farmington office, sent on Thursday.

In the email, which was obtained by The Daily Times, Grobler wrote that she received an email April 11 stating her position was being eliminated, and her last day would be June 30.

Grobler confirmed on Tuesday that she sent the email to students but declined to comment further.

Gerenscer said he is wary of anyone stepping into Grobler’s position.

“My biggest fear would be bringing in someone new into a position like Catherine’s, where she does an amazing job of keeping kids in school, keeping their grades up and helping anyway she can,” Gerenscer said.