Students gather around Shundiina Fisaga on Wednesday during an anti-smoking presentation that was part of International Week at Navajo Preparatory School in Farmington. Jon Austria/The Daily Times
Fullscreen

Shundiina Fisaga lies under a tarp, representing a death from tobacco use, during an anti-smoking program hosted by Navajo Prep students on Wednesday as part of International Week festivities at the school in Farmington. Jon Austria/The Daily Times
Fullscreen

FARMINGTON – Navajo Preparatory School students are taking part in a week dedicated to learning about cultures around the world and will share their culture with a Nevada high school.

Navajo Prep was approved as the first Native American International Baccalaureate high school in the country in January 2014 when the the International Baccalaureate organization approved the school’s application. The school offers the Diploma Programme, which lets students graduate with a year of higher education credits and allows them to start college as sophomores.

The students spent Wednesday afternoon rotating between five activities. Several stations were set up in the Eagles Nest gym for students in honor of national Kick Butts Day, organized by the Campaign for Tobacco-Free Kids.

Junior Tyra Nicolay said students learned about the damage that tobacco use can cause and how the use of hookahs and e-cigarettes could create health issues in the future. A college and career fair was held in a nearby gym, while sessions about international etiquette and indigenous rights took place across campus.

Nicolay said the students have been trying Japanese, Filipino,  Korean and Australian foods for lunch and dinner throughout the week. The students also participated in a lesson where they learned how to dance to music performed by a Mariachi band on Tuesday.

“We hope they have more global awareness of the possibilities out there,” Lee said. 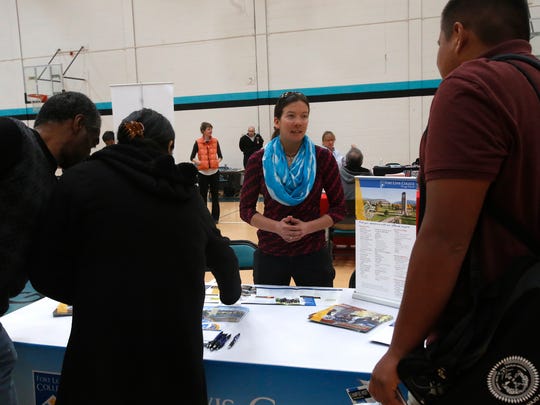 A number of events are scheduled through Monday with the visiting students, including trips to Santa Fe and Albuquerque  to take part in community service projects. Students from both highs schools will also work on the Navajo Prep greenhouse and school garden.

Triston Black, Student Senate president, said the Navajo Prep students will get a chance to share the Navajo culture with the visiting students. One of the discussions the Valley High students will be taking part in is learning about how Native American stereotypes can be harmful, Black said.

A cultural night is planned for Friday, during which Navajo Prep students will share traditional dance, food, games and stories. 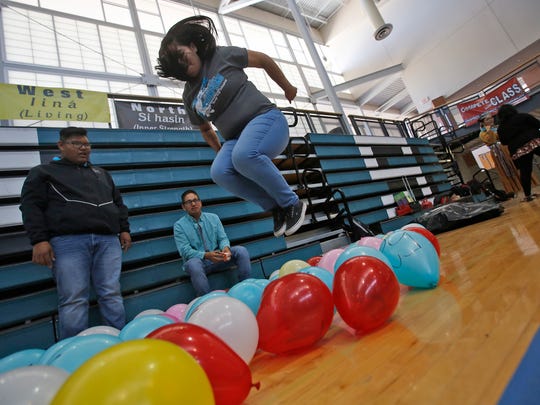 Nicolay said the school will host a hogan-blessing ceremony to bless the building after it recently was remodeled.