Newcomb Elementary, Middle and High schools were evacuated after a bomb threat found on a middle school locker. 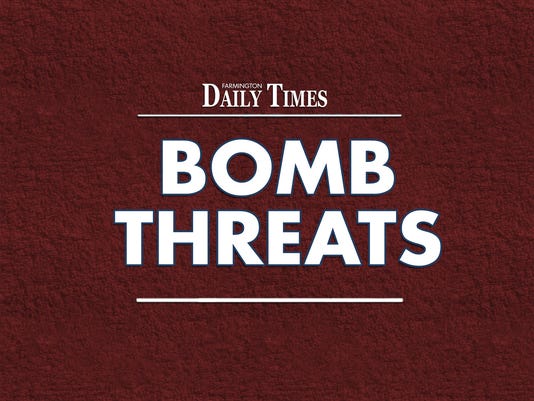 FARMINGTON — Newcomb elementary, middle and high schools were evacuated this afternoon after a bomb threat was found written on a middle school locker.

Central Consolidated School District spokesman James Preminger said the threat was found at about 3 p.m. today on a locker in the hallway of the middle school. Students at the three schools were evacuated, and all after-school activities were canceled.

Preminger said the Navajo Nation Division of Public Safety is investigating the threat. By 5:30 p.m., police had searched the schools and had not found anything suspicious, Preminger said.

Last month, a series of bomb threats was reported at schools across San Juan County, including at two CCSD schools.