Lindsey Moss and Dallas Baron were found guilty of multiple charges, including abusing an Aztec boy diagnosed with Down syndrome.

FARMINGTON — Two women accused of abusing an Aztec boy diagnosed with Down syndrome were found guilty on multiple counts, including child abuse, on Jan. 31.

Lindsey Moss and Dallas Baron were convicted in separate jury trials in Aztec District Court, according to a press release from the New Mexico Office of the Attorney General.

Court records show that Moss faced three felony charges of child abuse, a felony count of contributing to the delinquency of a minor and two petty misdemeanor counts of battery.

Baron was charged with two felony counts of child abuse, according to court records. 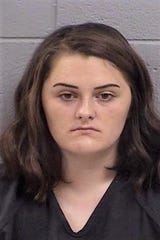 The attorney general's office press release states that while babysitting the boy, Moss and Baron made video recordings of themselves throwing items at the child, teaching him to smoke from a bong and pushing around him.

The women were heard laughing about their actions in the recordings, the release states.

The two incidents occurred in May 2017 when Moss and Baron were looking after then-8-year-old Bricen Greenhaus, according to Daily Times archives.

"No child, especially children with special needs, should have to be put through such abusive bullying by the people entrusted to protect them," Attorney General Hector Balderas said in the release. 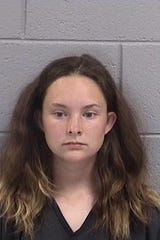 San Juan County District Attorney Rick Tedrow said in the release that he was pleased with the verdicts.

District Court Judge Daylene Marsh ordered Moss and Baron to undergo 60-day diagnostic evaluations at the New Mexico Behavioral Health Institute in Las Vegas before sentencing, which has not been scheduled.