A Flora Vista man facing more than a dozen felony child sex charges is accused of a new possession of child pornography charge.

Defendant is being held without bond in county jail

FARMINGTON — A Flora Vista man facing more than a dozen felony sex charges is accused of a new child pornography charge after police said the illicit material was found on the defendant's cell phone.

Phillip Jacobson, 58, was charged on Dec. 12 with a fourth-degree felony count of sexual exploitation of a child, according to the criminal complaint.

He is accused of possessing child pornography on a Samsung Galaxy Note 10 Plus, according to the arrest warrant.

"We are looking forward to the day when we arrive at a just resolution to the case," Jacobson's attorney Shane Goranson said in a statement to The Daily Times. "We believe in the power of the criminal justice system to get us there.

The charges accuse Jacobson of sexually assaulting a girl under the age of 13 and molesting a toddler.

The case stems from the San Juan County Sheriff's Office executing a search warrant on Jacobson's residence in the Flora Vista area.

A detective was given Jacobson's cell phone by a male. The man said Jacobson told him to go to the San Juan County Adult Detention Center, retrieve the cell phone then "reset it." 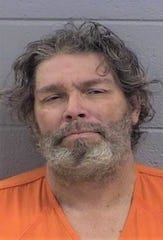 The man provided the PIN code to unlock Jacobson's phone, which opened to a page in the web browser which allegedly displayed an image of child pornography.

The data from the phone was extracted then analyzed. A detective found five images of child pornography stored in cache files, which means the images were physically stored on the phone and had been viewed on the phone.

As a precaution, the phone was placed into airplane mode to prevent the data from being remotely erased.

20 of the 23 tabs inside the phone's web browser contained images of child pornography prior to being placed in airplane mode, according to the affidavit.

Jacobson is being held without bond at the county jail.

He recently waived the preliminary hearings on his three pending criminal cases on Dec. 19 in Aztec Magistrate Court.