A district judge, ordered by the state Supreme Court, gave a convicted murderer a life sentence in prison after his death sentence was vacated.

He still faces 25 years in prison on other convictions. 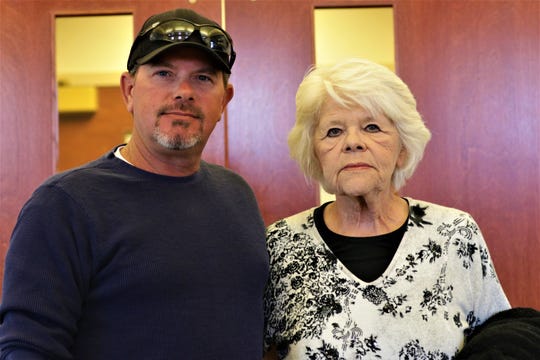 Darlene and Steve Philips, the mother and brother of Sandra Philips, outside of the rehearing of Timothy Allen at the Eleventh Judicial District Court in Aztec on Oct. 10, 2019. (Photo: Sam Ribakoff/Daily Times)

AZTEC — A San Juan County district judge, ordered by New Mexico Supreme Court, gave a convicted murderer a life sentence in prison after his death penalty sentence was vacated as legal complications could result in a new trial or reduced sentence for the defendant.

Allen was convicted of first-degree murder, criminal sexual penetration and kidnapping in December 1995 in the death of 17-year-old Sandra Philips, according to The Daily Times archives.

Her body was found six weeks later after she disappeared in February 1994. Allen was arrested in December 1994. He was later convicted of using a rope to strangle her to death.

Sandra's mother, Darlene Philips, said after the hearing that Allen's death sentence being vacated was an injustice, and outrageous.

She believes a few of the state Supreme Court judges did not follow the law, but went by how they felt.

"It wasn't what the jury said and what the court (initially) ruled on," Darlene Philips said.

Steve Philips, Sandra's brother, after the hearing described Allen as a piece of garbage and used vulgar language to describe his sister's murderer.

He also stated it felt like his family had endured 25 years of harassment as Allen appealed decision after decision and lamented that the case wasn't finished.

Ray Twohig, one of Allen's attorneys, said his client was prepared for the sentence. Allen and Attorney Melissa Hill appeared telephonically at the hearing. 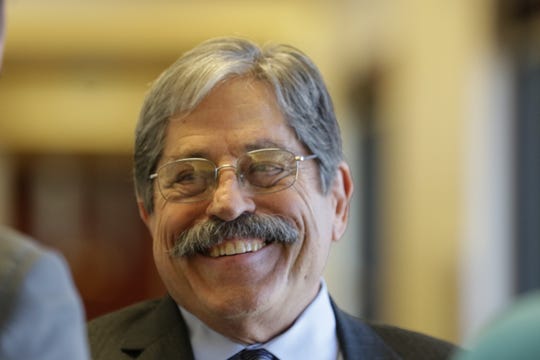 The death penalty in New Mexico was repealed in 2009 and was only an option for first-degree murder convictions when certain circumstances, including a kidnapping or murder of a police officer, also occurred.

The death sentence for Allen along with convicted murder Robert Fry were vacated on June 28 by the New Mexico Supreme Court.

Their sentences were deemed unlawfully disproportionate when compared to similar murder cases, according to The Daily Times archives.

They were sent back to a San Juan County district court for life sentences to be imposed.

Twohig said there are some issues of concern that need to be addressed that were not addressed by the court.

One pending issue, according to Twohig, is that a prosecutor said during a deposition that a plea agreement was offered to Allen and that he did not accept it.

Other attorneys involved in the case were deposed and said they didn't tell Allen about the plea agreement, and that Allen said he didn't know about it.

There is a possibility, O'Brien said, where evidence could show a plea offer was made to the defense but not presented to Allen and that it could possibly result in a nine-year sentence imposed instead of a life sentence of 30 years.

"That would be the most unfortunate result," O'Brien said.

Another issue is if Allen's original trial lawyers were ineffective in presenting a mental health defense for their client.

Twohig stated in court Allen was diagnosed with mental health issues. This claim was originally filed in court back in 2002.

There is a possibility the second claim could lead to a new trial, according to O'Brien.

Allen still has 25 years in state prison to serve for other convictions. He is also required to register as a sex offender.

Judge Townsend told the court they would look at a status conference on the matters in about 90 days.