The mother of a 21-month-old boy who went missing north of Shiprock in June has been charged in federal court in connection with the child's death.

Suspect could face 18 years in prison if convicted

FARMINGTON — The mother of a 21-month-old toddler who went missing north of Shiprock in June has been charged in federal court in the child's death. She is accused of drinking alcohol and smoking methamphetamine before driving a vehicle off the road.

Tonya Mae Dale, 27, of Sanostee was indicted on Sept. 25 by a federal grand jury on two counts of child abuse, including a count related to the death of a child under the age of 18, according to a U.S. Department of Justice press release.

The missing child, who was found dead of exposure on June 28, was the subject of a large-scale ground search that brought state, county and local law enforcement agencies to the Navajo Nation to help locate the child.

The federal press release was shared on the Navajo Police Department Facebook page on the morning of Oct. 8.

The Navajo Police Department announced that Kyron Kelewood was found dead around 11:15 a.m. on the morning of June 28. The toddler was reported missing by Dale on June 27.

She plead not guilty during her arraignment on Oct. 3 in Albuquerque federal court, according to court documents.

Dale's indictment, filed on Sept. 25, was redacted, just listing the two child abuse charges she is accused of, according to court documents.

The press release includes new information about how the events which led to Kelewood's disappearance.

Dale is accused of driving through a remote area near Shiprock with a man, a baby and Kelewood while drinking alcohol and smoking methamphetamine.

She allegedly drove off the road, which led to the vehicle becoming disabled, on the night of June 26.

Dale then left her children in the vehicle and sought help, according to the press release. 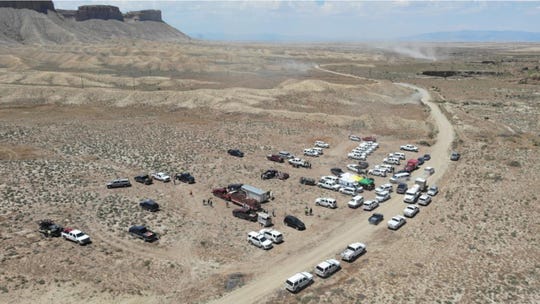 The operations command center for search and rescue coordination at Horseshoe Canyon is seen in this photo on June 28, 2019, 9 miles northeast of milepost 95 on Highway 491. (Photo: Rodney Yazzie)

Dale was able to find a residence in Horseshoe Canyon on the afternoon of June 27 and the occupant of the house called police around 1:30 p.m., according to The Daily Times archives.

Navajo Police Department officers were led by Dale to a spot about nine miles northeast of mile marker 95 off U.S. Highway 491 where the vehicle was located. 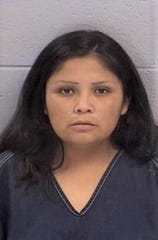 The man and a baby were found and transported to the Northern Navajo Medical Center for treatment, along with Dale.

The press release states they were treated for exposure as the search continued for Kelewood.

The toddler's body was located near a water tank on June 28. An autopsy revealed the child died due to exposure. 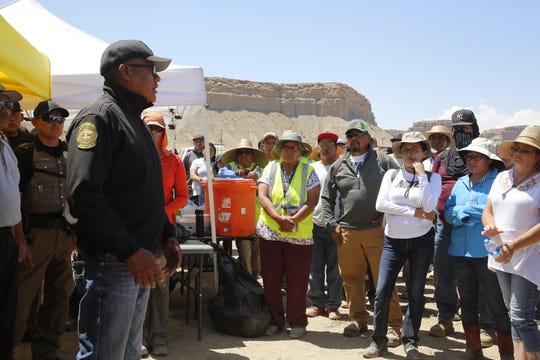 Navajo Police Deputy Chief Daryl Noon told The Daily Times on June 28 that the body was found more than two miles away from the vehicle to the southwest.

Dale was placed in custody of a halfway house during an Oct. 7 hearing, according to court documents.

The defendant could be sentenced to 18 years in federal prison if convicted of the child abuse resulting in death charge.