The mother charged in connection to her boyfriend severely injuring her infant daughter has had her three criminal cases dismissed. 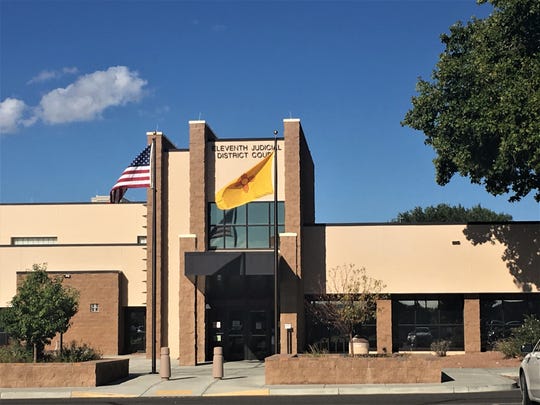 FARMINGTON — The mother charged in connection to her boyfriend severely injuring her infant daughter has had her three criminal cases dismissed after she was deemed not competent to stand trial.

Those charges were dismissed on Sept. 10 by Chief District Judge Karen Townsend of the Eleventh Judicial Court District, according to court documents.

The order signed by Judge Townsend filed on Sept. 11 states the prosecution lacked sufficient evidence to rebut the findings of the forensic examiner that Spahe was found not competent to stand trial.

A motion to determine Spahe's competency was filed on July 19. Details of the motion was unknown as the document was sealed.

Spahe's co-defendant, Jeremiah Yazziee-Miller, 38, is serving 19 years in prison after being convicted of a first-degree felony count of child abuse following a two-day non-jury trial on May 7 and 8 in Aztec District Court.

He was convicted of shaking the 11-month-old girl and striking her head on the headboard of a bed on the night of Aug. 4 at a Farmington residence, according to The Daily Times archives.

Yazziee-Miller and Spahe smoked meth before the incident as Spahe was at the grocery store when Yazzie-Miller abused the child.

The infant suffered multiple injuries including skull fractures and requires the care of specialized foster parents.

She is blind, unable to speak and requires the use of a feeding tube and was diagnosed with a permanent, serious brain injury.

San Juan County Chief Assistant District Attorney Dustin O'Brien told The Daily Times the DA's office didn't have enough evidence to prove her conduct was neglect and if she was dangerous.

O'Brien added the main perpetrator is incarcerated at a state prison for what he did to the infant.

The dismissed third-degree felony of child abuse stemmed from a 20-month-old child of hers testing positive for methamphetamine.

Spahe's fraud charge comes from her alleged attempt on July 16, 2018, to cash a fraudulent check worth about $1,476 at the Wells Fargo bank at 501 E. 20th St. in Farmington, according to court documents.

More: Mother charged in connection to child abuse of her infant