A Kirtland man is facing multiple drug trafficking charges for selling meth to an undercover agent.

FARMINGTON — A Kirtland man is facing multiple drug trafficking charges for selling meth to an undercover agent, including a purchase aided by woman who allegedly conducted a drug deal in the parking lot of her employer.

Shorty is accused of three instances of trafficking meth and conspiring with two people to traffic meth, according to arrest warrant affidavit.

Laurah Cox, Shorty's attorney, did not respond to requests for comment on Aug. 23.

The Region II Narcotics Enforcement Task Force conducted the investigation into Shorty and the two suspects accused of conspiring with Shorty.

The task force is comprised of local officers and investigators from across San Juan County. 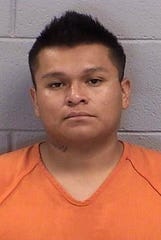 There were three alleged controlled purchases on April 23, 24 and 25, for which Shorty is facing charges.

The purchases were conducted in Farmington, Kirtland and an area near the 27-mile marker along Navajo Route 36.

A confidential informant was used to purchase a substance which tested positive for the presence of meth on April 23rd.

The agent on the case spoke to a man called "Big D," who was later identified as Shorty.

During the April 24th operation, Shorty allegedly showed up to meet the agent in a pickup truck driven by Myron Shorty. 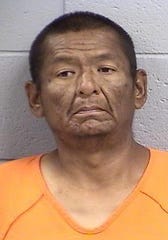 Myron Shorty, 44, of Kirtland, is accused of a felony count of conspiracy to commit tracking a controlled substance, according to court documents.

Myron is currently in the process of being assigned a public defender after former attorney Shellie Patscheck withdrew from the case, according to court documents.

Zachariah is accused of making a hand to hand transaction with Dawn Runyun (Pickard), 39, in the parking lot of the business.

Tyson Quail, Dawn's attorney, did not respond to a request for comment on Aug. 22. 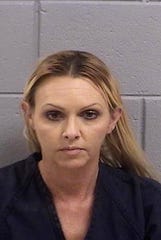 Runyun was one of about 20 suspects Region II issued arrest warrants for on July 24 and 25, according to The Daily Times archives.

Agents involved in the investigation reported they observed a blonde, white female in scrubs walk out a side door and straight to the white truck with Zachariah and Myron inside.

She was identified from a group photo of employees from the business.