An Aztec District Judge has reduced the bond for the woman accused of boiling multiple puppies.

FARMINGTON — An Aztec district judge has reduced the bond for the woman accused of boiling multiple puppies, but has added new conditions for her release.

Martha Crouch, 54, is charged with felony counts of child abuse and extreme cruelty to animals along with a petty misdemeanor count of obstruction of investigation of child abuse.

She is accused of killing multiple puppies at her Crouch Mesa residence, abusing her 17-year-old daughter and obstructing an investigation involving the New Mexico Children, Youth and Families Department. 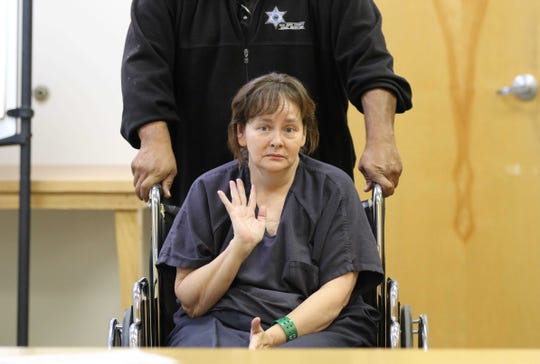 Aztec District Court Judge Curtis Gurley ordered Crouch's bond be reduced from $50,000 to $30,000 cash at 10 percent along with new conditions of release in a court order issued on Aug. 19, according to court documents.

An Aug. 14 hearing on the case was closed to the public. Weldon Neff, the court executive officer for the 11th Judicial Court, told The Daily Times on Aug. 15 that hearing was mistakenly closed.

A petition was filed by Crouch's attorney, Scott Johnson, on July 19 to review the decision by Aztec Magistrate Court Judge Barry Sharer on July 11. Judge Sharer denied modified conditions of release for Crouch.

Johnson did not reply to a request for comment on Aug. 21.

The petition states Crouch believed she should be released on her own recognizance as she is unable to post the cash bond.

Crouch has been incarcerated at the San Juan County Adult Detention Center since June 24. 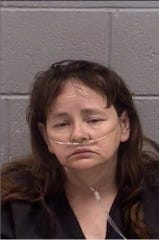 Her husband Timothy P. Crouch testified during the July 25 hearing that his wife was not receiving treatment for her medical conditions.

Gurley's order issued this week stated Timothy P. Crouch is not a credible witness and that the woman is receiving proper medical care. He is also charged with a petty misdemeanor count of obstruction of investigation of child abuse.

The order stated Crouch is attempting to avoid the charges and trying to engineer her release from custody.

Crouch used a walker prior to being arrested and is refusing to walk while in custody, requiring her to be moved around in a wheelchair, according to court documents.

Crouch's new conditions for release prohibit her from having any contact with her husband, one of her adult sons Timothy J. Crouch and any minor child including her natural children, according to court documents.

A new date for her preliminary hearing in Aztec Magistrate Court has not been scheduled. The previous date was vacated during the July 11 hearing.