A San Juan County man has been accused of embezzling nearly $19,000 across seven months from a man's bank accounts.

The defendant was released from jail on his own recognizance

FARMINGTON — A San Juan County man is accused of embezzling nearly $19,000 from a man he was supposed to be helping.

Craig Biernacki, 44, is accused of a third-degree felony count of embezzlement (over $2,500 but not more than $20,000), according to court documents.

The defendant is charged with embezzling $18,767 from the Citizen's Bank checking and savings accounts from a man who gave Biernacki permission to make transactions on his behalf, according to the arrest warrant affidavit.

Sarah Field, Biernacki's attorney, did not respond to requests for comment on Aug. 2.

A San Juan County Sheriff's Office Detective was assigned the case on July 3 after the man reported Biernacki had taken money from his bank accounts in small increments during the past two years for his own personal use. 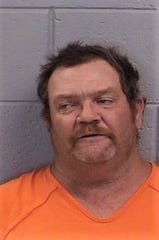 Biernacki was an authorized user on the accuser's checking and savings account for the purpose of depositing his Social Security checks and authorizing regular medical prescription transactions.

The accuser initially estimated Biernacki embezzled at least $8,000 by making cash withdrawals without his knowledge or approval.

Reviewing account paperwork, the detective noticed frequent withdrawals, sometimes multiples in the same day, from ATMs and from tellers at various Citizen's Bank branches. Multiple withdrawals were also made at area casinos along with third-party ATMs.

The detective was able to obtain and execute a search warrant for all of the man's account history along with surveillance from the bank, which showed Biernacki making some of the unapproved withdrawals.

The bank was able to provide about 325 pages of the accuser's transaction history, which the detective picked up on July 15.

Along with the transaction history, the bank provided 14 clips of video surveillance footage of Biernacki allegedly making in-person transactions at multiple branches of Citizen's Bank.

The accused was observed making cash withdrawals at three different bank branches on Feb. 11 within a three-hour period.

During a review of the bank paperwork, the detective observed about $13,200 in withdrawals were made in person with about $540 in checks cashed and about $5,000 withdrawn from ATMs, according to court documents.

Biernacki was released from the San Juan County Adult Detention Center on his own recognizance.

His preliminary hearing is set for the morning of Aug. 8 in Aztec Magistrate Court.