The warrants were issued across a two-day period

FARMINGTON — The regional drug enforcement task force has filed 20 arrest warrants in two days this week for drug trafficking suspects as the unit wraps an investigation involving more than year's worth of work.

The unit is comprised of investigators and officers from the Aztec, Bloomfield and Farmington police departments along with the San Juan County Sheriff's Office.

Morris stated the unit felt there was enough progress made with certain investigations that they felt safe filling charges without revealing sources.

"There's a large drug problem in the area and we are doing what we can to combat it," Morris told The Daily Times. 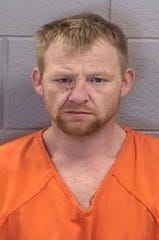 The unit was testing a new tactic by filing all these cases within two days instead of filing them across several months, Morris said.

All 20 suspects were charged with a second-degree felony count of trafficking a controlled substance, according to court documents.

The allegations occurred between August 2016 and July of this year.

Most of the cases resulted from Region II agents and/or informants conducting controlled purchases across San Juan County.

One suspect, Mikel Cross, 44, faces two counts of trafficking a controlled substance as he allegedly sold meth to an agent or informant on Jan. 22 and 24.

Nanabah Kee, 21, is also accused of a felony count of tampering with evidence after being accused of hiding a bag of meth on her body in an attempt to hide it from law enforcement on July 17 in a room at the Anasazi Inn at 903 W. Main St. in Farmington. 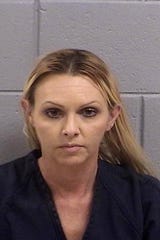 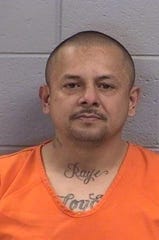 Some of the suspects, including Runyun, Ayala, Emmons and Gibbs,have been arrested or served with a warrant on their cases.

The four jailed suspects are set for their first appearance in Farmington Magistrate Court on the morning of July 29.

The drug task force is expected to file "quite a few more" warrants in the next three to six months as they continue to investigate drug activity in the county, according to Morris. 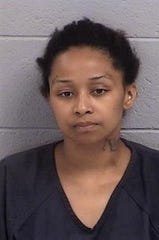