Police released photos of men they say used a missing Farmington man's credit cards in the Phoenix area, and seek the public's help identifying them. 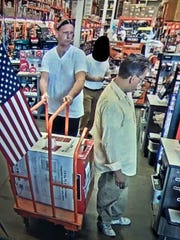 These men are accused of using missing Farmington resident Craig Cavanaugh's credit cards in the Phoenix area in the days after he disappeared on July 4 while he was enroute to a job in Arizona. (Photo: Farmington Police Department)

Cavanaugh, 44, vanished after driving toward a job site in Peoria, Arizona, on July 4. He did not make it there.

Farmington Police spokesperson Georgette Allen told the Daily Times on July 12 that the credit card use happened between July 5 and July 7, and Cavanaugh’s phone was last tracked to a location in Payson, Arizona, where he was last seen.

He was driving a 2012 Toyota Tacoma truck bearing the license plate 4FR5994, a police press release said. An online flyer posted to a Facebook page dedicated to the search said the truck has a toolbox and an American flag sticker.

“Detectives are seeking the public’s assistance in identifying them,” according to the press release issued late on July 12 by the Farmington Police Department. “Anyone who believes they know either of the men or has information on Cavanaugh’s disappearance, is asked to contact Detective Kenneth Smith with the Farmington Police Department at 505-599-1005 or the FPD Detective Tip Hotline at 505-599-1068.”

Contact John R. Moses at 505-564-4624, or via email at jmoses@daily-times.com. Support local journalism with a digital subscription: http://bit.ly/2I6TU0e 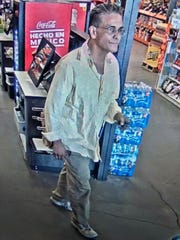