Farmington police still searching for two women, but locate one who was reported missing

The Farmington Police Department is seeking assistance from the community searching for two women who could be missing and/or endangered.

Farmington police still searching for two women, but locate one who was reported missing

Note: This article was updated online on June 5, 2019, to reflect that one of three possibly endangered women sought by the Farmington Police Department has been located and is safe. Her details and photo were removed from the article.

FARMINGTON — The Farmington Police Department is seeking assistance from the community searching for two women who could be missing and/or endangered.

A third woman police sought, 31-year-old Arlena Thompson, "has been located and is safe. Thank you to everyone who shared our post," Farmington police wrote June 5 on their Facebook page.

Information on the three missing women was posted to the Farmington Police Department's Facebook Page on June 2 and 3.

Law enforcement are still searching for the women, according to Farmington police spokesperson Georgette Allen. 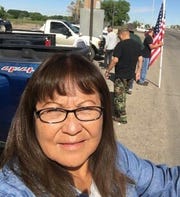 Family members of Cecilia Barber Finona, 59, visited her residence on June 1 but did not locate her, and are concerned for her well-being, according to a Farmington Police Department Facebook post.

She is described as 5 feet, 3 inches tall, weighing about 150 pounds with brown hair and eyes.

She was last seen on May 30. When the family went to her residence, they found Finona's vehicle and purse.

They believe she might be with Jerry Jay, her boyfriend. 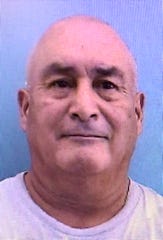 He is described as a Native American male in his late 50's that is 5 feet, 7 inches tall and weighs about 180 pounds. Jay also has brown eyes and gray hair.

Police have reason to believe she might be in danger.

Anyone with information on Finona can contact Detective Daven Badoni at 505-599-1005.

Family members of Shaunita Shelby Largo, 27, are worried about her well-being after last speaking to her on May 30.

She is described as 5 feet, 2 inches tall and weighing about 180 pounds with red/brown hair and brown eyes. 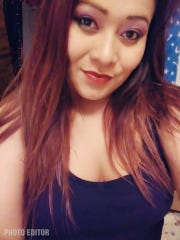 Largo's cellphone has been turned off since family last spoke to her on May 30. She also told family members she was using controlled substances. .

Community members can also contact the Farmington police tip line at 505-599-1068 on any of the three cases.