Paul Donisthorpe entered into an amended plea agreement for embezzling more than $4.8 million from accounts managed by his business. 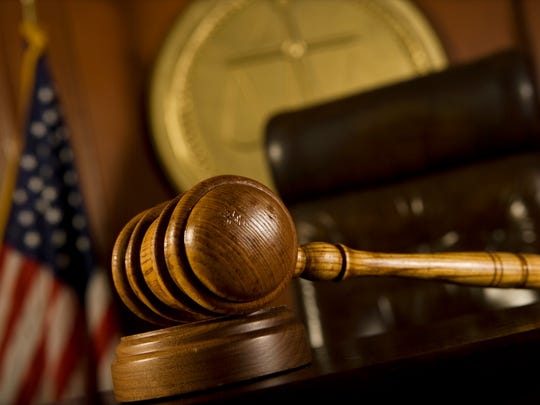 FARMINGTON — A Bloomfield man who used his financial company to defraud accounts set up by vulnerable citizens has been sentenced to 12 years in prison for wire fraud and money laundering.

Paul Donisthorpe, 62, was sentenced Feb. 22 in federal court in Albuquerque, according to a U.S. Department of Justice press release.

Donisthorpe entered into an amended plea agreement a day earlier for embezzling more than $4.8 million from financial accounts managed by his company, Desert State Life Management in Albuquerque.

He entered a guilty plea in November 2017.

Court documents state Donisthorpe devised then executed a scheme to obtain money from the accounts from 2006 to 2016.

According to the plea agreement, Donisthorpe admitted to using clients' funds for personal purposes, including business ventures, a home mortgage, a vacation home in Angel Fire, vehicles, credit card expenditures and paying off debts to the Internal Revenue Service.

He concealed the activity by having his accounting staff falsify balances in records and by presenting false information to the Financial Institutions Division under the New Mexico Regulation and Licensing Department, court documents state.

He also agreed to pay a monetary judgment for approximately $4.8 million and forfeit the Angel Fire vacation home, the Albuquerque business location and a 120-acre cattle ranch in Texas.

U.S. Attorney John Anderson said in the Justice Department release that Donisthorpe abused his clients' trust by "looting their benefits for his own personal use."

"This conduct was particularly odious insofar as defendant sought to enrich himself at the expense of a vulnerable population whose assets he had been entrusted with protecting and preserving," Anderson said.