A man is accused of throwing lighter fluid on a pregnant woman and kicking her in the stomach told her not to testify in court.

Suspect allegedly warned victim to not testify in court 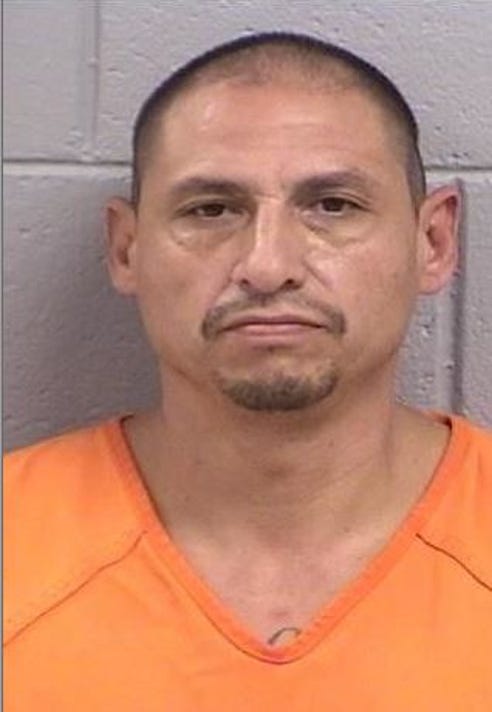 FARMINGTON — A San Juan County man accused of throwing lighter fluid on a pregnant woman and kicking her in the stomach allegedly told her to not testify in court and drop the charges against him.

Eligio Martinez, 44, faces five charges, including second-degree and third-degree felony counts of bribery of a witness, along with misdemeanor counts of battery and aggravated battery, according to court records.

He is accused of battering a pregnant woman in an attempt to prevent her from testifying on an alleged child abuse and battery case, according to the arrest warrant affidavit.

A deputy for the Sheriff's Office was dispatched around 12:10 p.m. on Dec. 16 to a residence on County Road 6432 in Kirtland on a report of a serious fight in progress.

A friend of the alleged victim called dispatch, stating she got a text message that Martinez allegedly had sprayed her friend with lighter fluid and kicked her in the stomach, according to the affidavit.

The alleged victim told the deputy Martinez repeatedly had violated the conditions of his release by visiting her residence after he was arrested on Oct. 14 for battering her while she held her 6-month-old son, according to court documents.

Martinez allegedly threatened the woman to not testify on the Oct. 14 arrest, battered her for calling law enforcement and stole the key to her vehicle valued at $500 following the arrest.

The alleged victim told the deputy Martinez told her she would get her key back if she dropped the charges against him.

On Dec. 16, Martinez allegedly showed up to the alleged victim's residence, and she told him to leave the residence or she would call police, according to court documents.

Martinez allegedly fled the scene after the victim stated she was on the phone with someone who was calling police.

He allegedly threatened the woman, stating there would be consequences if she called law enforcement, according to court documents.