A Shiprock man is accused of drugging and sexually assaulting a male at a Farmington hotel last week.

The suspect allegedly drugged the victim before alleged incident 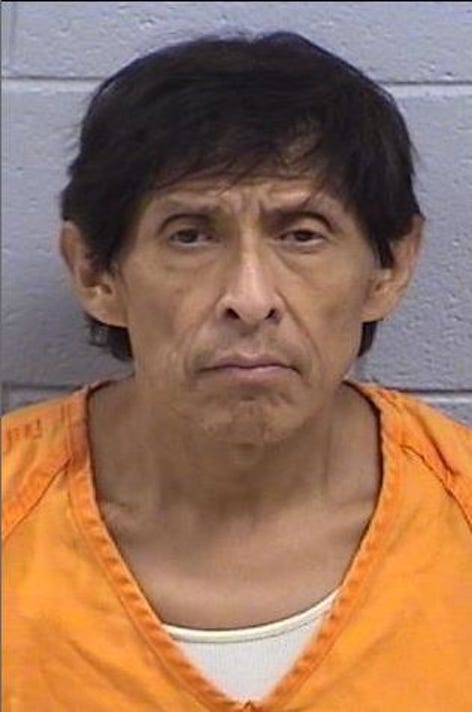 FARMINGTON — A Shiprock man is accused of drugging and sexually assaulting a male at a Farmington hotel last week after the two men allegedly snorted lines of methamphetamine.

Theron Sandoval, 52, is accused of a second-degree felony count of criminal sexual penetration, according to court records.

Sandoval allegedly placed "roofies" into a bottle of water the victim drank from and then allegedly sexually assaulted him, according to the probable cause statement.

The suspect did not have legal representation Monday morning.

The victim was interviewed by an officer for the Farmington Police Department around 8:52 p.m. on Sept. 25th.

The officer noted in the probable cause statement the victim appeared distraught and appeared to be reliving a traumatic experience and was possibly embarrassed.

The victim told the officer he booked a room at the Encore Hotel at 1900 E. Main St. in Farmington for work.

He stated he noticed a male later identified as Sandoval on the hotel property who appeared to be someone who could sell narcotics.

The victim admitted he has used narcotics in the past to "alleviate his feelings of sadness and loneliness," according to court documents.

The victim asked Sandoval if he would sell drugs. Sandoval allegedly told the victim the transaction would need to in his hotel room.

Sandoval allegedly made the victim lift up his shirt and grabbed the victim by the hips to determine if he was a police officer.

The victim allegedly snorted more than one line of meth with Sandoval. The victim had to sit down in a chair because the "sensation of the drugs were so strong."

Sandoval allegedly gave the victim a bottle of water with the lid seal broken. The victim stated after 30 minutes, he felt like he was in "complete paralysis"

The victim told the police officer Sandoval then sexually assaulted him. He stated it took several hours for the paralysis to wear off.

The victim gave police a clothing description of Sandoval and a possible room number for where he was staying.

The officer spoke to a hotel employee, who stated a Theron Sandoval was staying at a room in the hotel.

When the officer checked the hotel room, it appeared to be clean and there did not appear to be any crime scene left to process.

The victim identified Sandoval when the officer presented him with a copy of Sandoval's driver's license photo.

Sandoval was released from the San Juan County Adult Detention Center on a $4,000 cash at 10 percent or surety bond.

His preliminary hearing in Farmington Magistrate Court is scheduled for Wednesday morning.