A Farmington police officer fired four gunshots at Andrew Rossi after the man charged at the officer with a knife and attempted to stab him.

Man shot by police was suspect in Colorado shooting 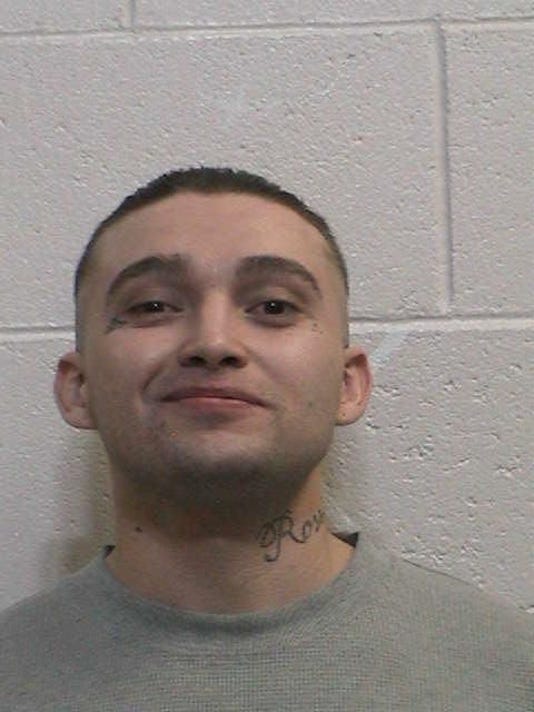 FARMINGTON — A Farmington police officer fired four gunshots at a suspect earlier this month after the man charged at the officer with a knife and attempted to stab him following a standoff at a Farmington motel.

New Mexico State Police have released new details about the incident and the name of the Farmington Police Department officer who shot and killed Andrew Rossi early on March 6 in a room at the Motel 6 at 1600 Bloomfield Blvd. in Farmington.

Sifuentes, who has four years of law enforcement experience, is on administrative leave, according to Farmington Capt. Taft Tracy.

Around 1 a.m. on March 6, Farmington officers entered the motel room Rossi was in and attempted to take him into custody.

Earlier in the evening, a robot had been deployed inside the motel room in an attempt to observe the suspect.

Through the robot's optics, officers observed movement in the ceiling vent of the room, leading officers to believe Rossi had climbed into the vent and was hiding from police.

Police said in the statement Rossi landed in the motel room from the vent after officers entered the room and was shirtless while holding a knife. Based on interviews and statements, Rossi was observed holding the knife "in an icepick fashion" with his arms above his head.

Rossi rushed toward Sifuentes, who was about 5 feet away from the suspect. The release states Rossi attempted to stab Sifuentes, and the officer responded by pushing Rossi off of him and firing four gunshots at Rossi at close range.

A New Mexico State Police officer stands watch in his patrol unit on March 6 at Motel 6 in Farmington in the wake of the fatal shooting of Andrew Rossi by a Farmington police officer. (Photo: Jon Austria/The Daily Times)

The release did not state how many times Rossi was shot, but it stated Rossi sustained fatal gunshot wounds.

He died after being transported to the San Juan Regional Medical Center.

A knife with a blade about 5 inches long was found in Rossi's possession during the investigation.

Rossi's vehicle had been located outside the motel around 8:45 p.m. on March 5. He was wanted on an aggravated battery with a deadly weapon charge out of Ignacio, Colorado.

A search warrant stated Rossi was also a suspect in an incident that resulted in the victim from Ignacio suffering multiple gunshot wounds.

As police surrounded Rossi's room on March 5, a woman later identified as his mother exited the room at approximately 10:30 p.m. Police said she told them at the scene Rossi was inside the room and did not want to surrender.

Officers spent several hours attempting to negotiate with Rossi, but he did not respond, the release states.

New Mexico State Police are still investigating the incident. The case will be forwarded to the San Juan County District Attorney's Office for review after completion of the investigation.

The shooting occurred when Anchondo exited his vehicle during a traffic stop and started to approach Warman with an electronic cigarette pointed at the officer.