A U.S. district judge has dismissed a lawsuit challenging elements of the state's rules for pretrial detention and release of defendants. 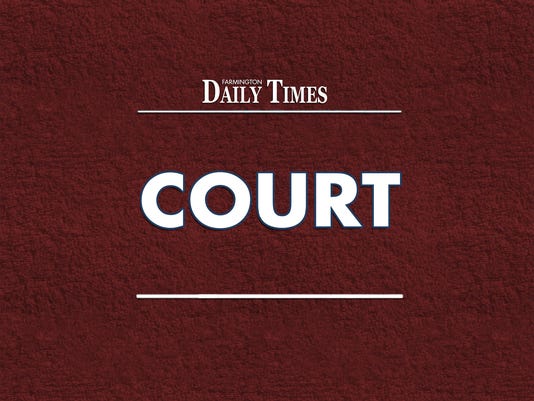 FARMINGTON — A U.S. district judge has dismissed a lawsuit challenging elements of the state's procedural rules for pretrial detention and release of defendants.

U.S. District Judge Robert Junell issued the ruling Monday on a lawsuit filed on July 28 by plaintiffs including state Senators William Sharer, Richard Martinez and Craig Brandt and the Bail Bond Association of New Mexico, according to a copy of the ruling.

One of the claims in the lawsuit alleges the new rules issued by the New Mexico Supreme Court regarding pretrial detention and release of criminal defendants this summer violated the fourth, eighth and 14th Amendments in the U.S. Constitution.

The rules were updated as part of a state constitutional amendment approved by voters during the Nov. 8, 2016, general election.

It allows judges to detain defendants without bond who are considered dangerous to the public and grant pretrial release to defendants who are determined to pose no risk to the community or flight risk.

Artie Pepin, director of the New Mexico Administrative Office of the Courts, said in a press release the ruling recognizes the state's bail reform efforts to improve the fairness of the pretrial justice system and protect public safety.

Sharer declined to comment on the dismissal of the lawsuit.

Blair Dunn, one of the attorneys representing the plaintiffs, said in a statement the ruling failed to recognize that New Mexico residents have a right to monetary bail to avoid restrictions on their liberty pre-arraignment and pre-trial.

He added New Mexico Supreme Court Justice Charlie Daniels and the state supreme court approved rules to remove the requirement of filing a motion to avoid monetary bail and that the courts exceeded the powers delegated to them by the Legislature.

Judge Junell ruled the plaintiffs failed to state a claim for any violation of plaintiff Darlene Collins rights under the fourth, eighth and 14th amendments.

Collins was arrested and charged with aggravated assault with a deadly weapon on July 1, according to court documents.

The complaint filed on July 28 stated her family was able to secure a bond necessary for her to be released from the Metropolitan Detention Center in Albuquerque but she was denied release due to the new procedural rules.

It also alleged had the new rules not prevented the posting of a bond, Collins would have been able to take care of her medical needs.

In Judge Junell's ruling, he stated criminal defendants have never been guaranteed the option of monetary bail under state law.

He added Collins was not subject to "any severe conditions of her liberty" under the new rules because she was released on her recognizance and not subjected to conditions of release including electronic monitoring or house arrest.

The president of the Bail Bond Association of New Mexico, Gerald Madrid, said he was disappointed by the ruling but expected the outcome.

Madrid planned to discuss possible options, including filing an appeal with the U.S. Court of Appeals for the 10th Circuit, during a meeting this afternoon.