Shiprock man is accused of stabbing three people in Farmington

A Shiprock man is facing charges for allegedly stabbing three people with a broken bottle.

Shiprock man is accused of stabbing three people in Farmington 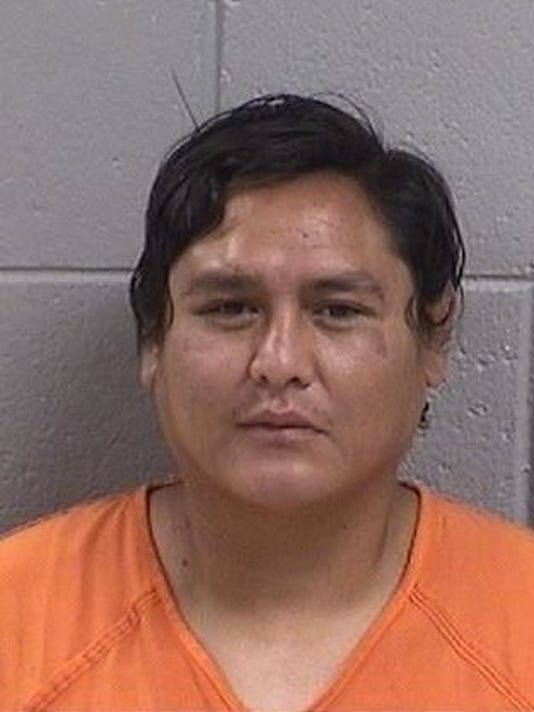 FARMINGTON — A Shiprock man recently arrested on accusations of writing graffiti on a sign outside the Farmington Indian Center is facing new charges for allegedly stabbing three people with a broken bottle.

Shawn Tsosie, 33, was charged on Aug. 28 in Farmington Magistrate Court with three counts of aggravated battery with a deadly weapon, according to the criminal complaint.

Tsosie did not have legal representation as of this afternoon for the new charges, according to court records.

Officers for the Farmington Police Department were dispatched on the night of Aug. 28 to the KB Dillon's restaurant at 101 E. Broadway Ave. on reports of a man later identified as Tsosie who told employees that he stabbed someone, according to the probable cause statement.

Tsosie was taken into custody at the scene and told police he was trying to defend himself while drinking alcohol with friends near the 100 block of West Animas Street.

Part of a broken bottle with what appeared to be blood was recovered from the business.

Two men and one woman accused Tsosie of stabbing them with part of a broken glass bottle of alcohol.

The man stabbed on the left forearm told police he saw Tsosie break the glass bottle, cut the woman and he was then attacked by Tsosie.

A female witness told police she saw Tsosie stab the woman as she held her hands up and two men that attempted to protect the woman were also stabbed.

At the jail, Tsosie told police one of the male victims allegedly pulled a knife out of his sock and threatened him with it, according to court documents.

Tsosie also told police he stabbed the man and then ran to KB Dillon's to get help, according to court documents.

Tsosie was incarcerated at the county jail as of this afternoon on a $10,000 cash or surety bond.

A preliminary hearing on his latest case and his graffiti case is scheduled for 8:30 a.m. Wednesday in Farmington Magistrate Court.

Tsosie was one of four people accused of unauthorized graffiti (more than $1,000), a fourth-degree felony, for allegedly marking up a metal sign at the Farmington Indian Center.