A Bloomfield man is facing 13 charges of vehicle theft, burglary and larceny. 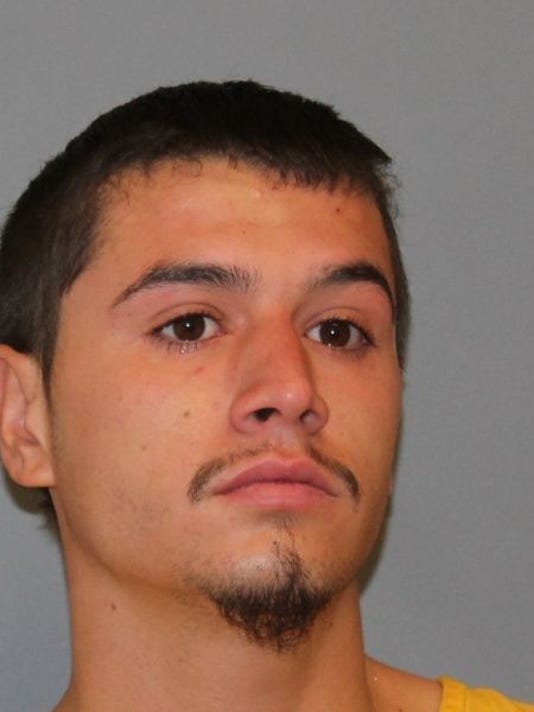 FARMINGTON — A Bloomfield man is facing 13 charges on accusations of vehicle theft, burglary and larceny in Farmington after he was arrested in Mesa County, Colorado in connection with the case.

He was arrested by the Mesa County Sherriff's Office in Colorado on Aug. 14 when a deputy responded to call regarding recovery of a stolen vehicle, according to the arrest warrant affidavit filed in Farmington Magistrate Court.

Sanchez-Ocano is accused of being in possession of a stolen Chevy pickup truck and a car hauler trailer taken during the night of Aug. 13th from a residence in the 1700 block of East 21st Street in Farmington when he was taken into custody in Colorado.

Five charges were filed against Sanchez-Ocano by the Mesa County Sherriff's Office including first degree aggravated motor vehicle theft, obstruction of justice and second-degree criminal trespass, according to court documents.

He was released from the Mesa County Detention Facility in Grand Junction, Colo. on Aug 24 on bond, according to Mesa County Sherriff's Office spokeswoman Megan Terlecky.

The warrant for charges filed in San Juan County is still active as of this morning, according to Farmington Police Department spokeswoman Georgette Allen.

The ATV belonged to the victim whose Chevy pickup truck and trailer were stolen.

When the owner of the truck, trailer and ATV recovered his vehicles, he told police there was additional stolen property in the truck that did not belong to him.

Among the items recovered included two credit cards stolen from two women and a wallet from one of the women, according to court documents.

Both women reported their vehicles burglarized with a wallet stolen from one victim and a Louis Vuitton purse valued at $3,100 stolen from the other victim.

A Toyota pickup truck was also stolen from a residence in the 500 block of Holmes Drive during the night of Aug. 6.

It was recovered on Aug. 10 at the Cedar Ridge Apartment complex at 609 E. 30th St. with damage to the right-front side of the vehicle.

A tenant at the apartment complex reviewed video surveillance and told police she believed Sanchez-Ocano was the man who exited the Toyota pickup truck.

Anyone with information about the location of Sanchez-Ocano is encouraged to call San Juan County Crime Stoppers at 505-334-8477 or nonemergency dispatch at 505-334-6622.