Bloomfield man sentenced to 12 years in prison for molesting relative

A Bloomfield man was sentenced to 12 years in prison after pleading guilty to molesting a relative when the boy was three-years-old.

Bloomfield man sentenced to 12 years in prison for molesting relative 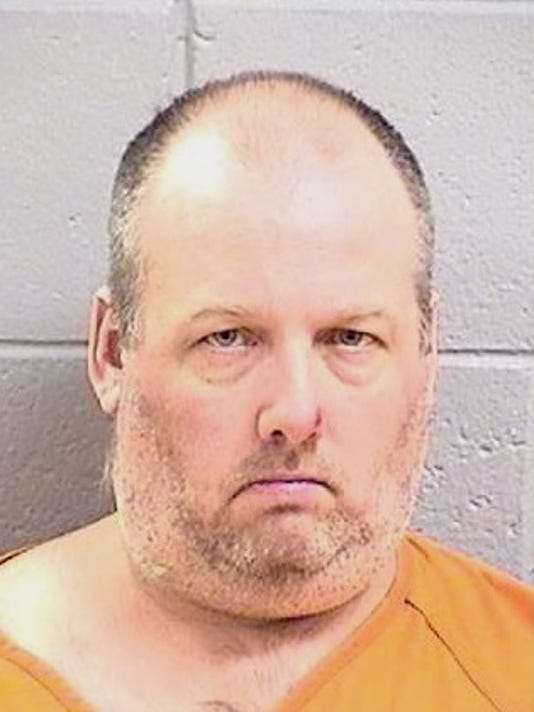 FARMINGTON — A Bloomfield man has been sentenced to 12 years in prison after pleading guilty to molesting a relative when the boy was 3 years old.

Sean Pollock, 43, was sentenced last month after he pleaded guilty to one count of criminal sexual penetration in the second degree during a May 9 hearing as part of a plea agreement, according to court records and documents.

Four counts of criminal sexual penetration in the second degree were dismissed as part of the plea agreement.

Pollock made his first appearance on Feb. 26, 2016, in Aztec Magistrate Court on 14 counts of criminal sexual penetration in the first degree, according to The Daily Times Archives.

The five counts of criminal sexual penetration in the second degree were filed when the case was bound over to district court on March 17, 2016, according to court records.

The boy had told his doctor on Jan. 29, 2016, that Pollock had forced him 14 times over the course of several years to perform oral sex on him, according to the arrest warrant affidavit. He added the most recent incident occurred in November 2015.

Trevor Maveal, assistant district attorney for the San Juan County District Attorney's Office, told Judge John Dean Jr. during the sentencing hearing on June 14 that the victim is old enough to understand the plea agreement, along with the state's recommendation for sentencing, and he was OK with it, according to a sentencing hearing transcript.

Tyson Quail, Pollock's defense attorney, told Dean that Pollock felt remorse for what he had done, not just because he was caught but because he believes what he did is wrong and is willing to accept the punishment.

Pollock was sentenced to 15 years in prison with three years suspended and credit for time served at the San Juan County Adult Detention Center. Upon his release, he must register as a sex offender in the county he lives in or attends school, according to the judge's order.

Upon completing his prison term, he will have three years of supervised probation.

One killed, two injured in crash on Piñon Hills Boulevard