A Farmington man is accused of child abuse charges after striking his wife while she held their two-month-old son.. 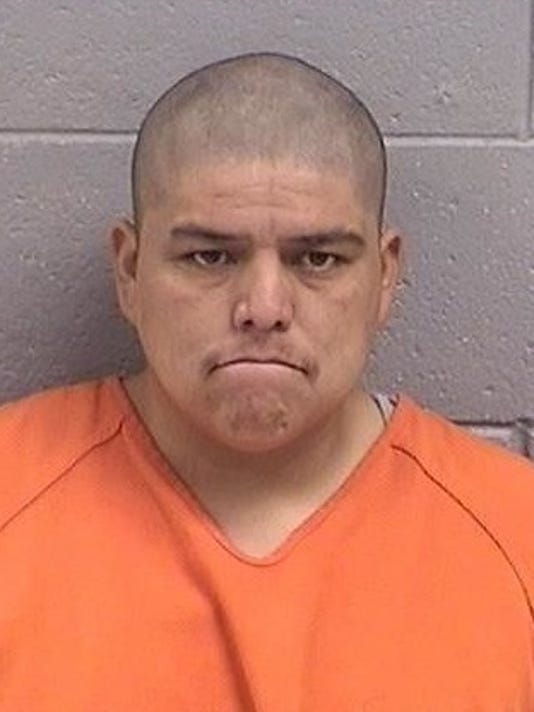 FARMINGTON — A Farmington man is accused of child abuse for allegedly striking his wife while she held their 2-month-old infant.

Aaron Yellowhorse, 28, was charged in Farmington Magistrate Court on a second-degree child abuse felony count and misdemeanor battery charge, according to court records.

He had pleaded guilty on Jan. 30 in district court to a felony attempted abuse of child charge and a driving while intoxicated petty misdemeanor charge, according to court records, and Yellowhorse was on probation when he was arrested. No legal representation was listed for Yellowhorse.

He was being held at the San Juan County Adult Detention Center this afternoon on a no-bond hold.

Farmington Police Department officers were dispatched at 3:08 p.m. on May 1 to a home in the 700 block of South Laguna Avenue in response to a domestic dispute, according to the probable cause statement.

Yellowhorse's wife told police she was struck twice in the left side of her head with a piece of wood while she held the couple's infant son. The officer observed no visible injuries on the victim, and she did not lose consciousnesses, according to court documents.

She said Yellowhorse had been drinking heavily and became angry with her after she brought up how much time their children stay with his mother.

Yellowhorse, who told police he drank a pint of alcohol before they arrived on the scene, said he didn't know what happened and that his wife was blowing the situation out of proportion.

Officers observed Yellowhorse changed his story several times regarding the situation, telling each of the officers different versions of the events, according to court documents.

He alleged his wife struck him once in the head with the piece of wood to one officer and told another officer she hit him four times in the head. Yellowhorse also told police his wife was not holding the 2-month-old during the argument.

His preliminary hearing is scheduled for 8:30 a.m. Wednesday morning.