FARMINGTON — Authorities filed 48 new charges against five of the 14 suspects in a brazen crime ring, accusing them of stealing vehicles, welding equipment, firearms and drones.

The new charges were filed in Farmington Magistrate Court on April 20 against five suspects in a nearly six-month investigation by the San Juan County Sheriff's Office and Farmington Police Department.

The first wave of nearly 180 charges was filed in late February in Aztec Magistrate Court and involved 14 suspects who were accused of stealing ATMs, firearms, vehicles and $160,000 worth of taxidermy mounts across San Juan County, according to court records.

A second wave of 46 charges was filed in Aztec Magistrate Court earlier this month with most of the allegations tied to burglaries of several U.S. Post Office locations.

The latest round of charges brings the total number to nearly 250 counts.

Charges against some of the suspects were dismissed recently.

Half of the new counts were filed against Travis "Shine" Brewton, who now faces 97 burglary and theft-related counts.

Marc Curnutt, Brewton's attorney, did not respond to requests for comment. 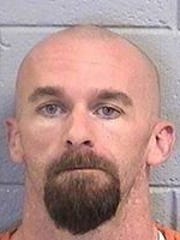 The latest charges accuse Brewton of stealing a Dodge Ram pickup truck from Consolidated Contractors at 1370 Bisti Highway on Oct. 29 and stealing about $15,600 in equipment.

Earlier counts accused him of stealing four ATMs total and attempting to steal two more, according to court documents.

Aaron Brown is charged with four new felonies in connection with the Giant gas station ATM theft, according to court documents.

Herrera has no legal representation, according to court records. Scott Curtis, Brown's attorney, did not respond to requests for comment. 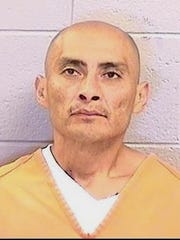 Brewton, Brown and Jerry Sharski are also facing four new felony counts each stemming from the Nov. 4 break-in at the Radio Shack store at 2010 E. Main St., which has since closed, according to court documents.

About $3,500 in merchandise was stolen including drones, Beats headphones and  three police scanners.

Herrera and Brewton are also accused of breaking into a home in the 4200 block of Rancho De Animas Drive Oct. 2.

They allegedly stole a Toyota Tundra pickup truck, two revolvers, a set of dueling pistols, antique silverware and about $1,000 in cash, according to court documents. 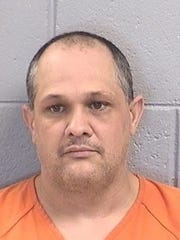 Alcon had 13 counts dismissed, Sharski had eight counts and Tarango had four charges dropped, according to court records.

San Juan County Chief Deputy District Attorney Dustin O'Brien said it was a very complicated investigation and the evidence is stronger in some cases.

He added the DA's office decided to pursue the better cases with the most evidence. 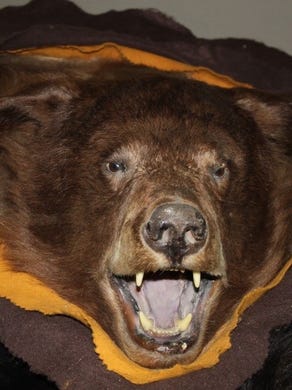 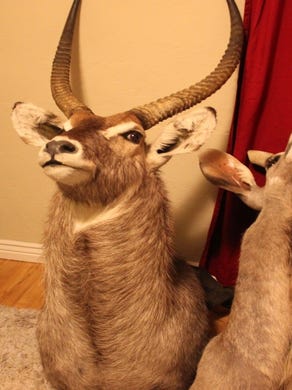 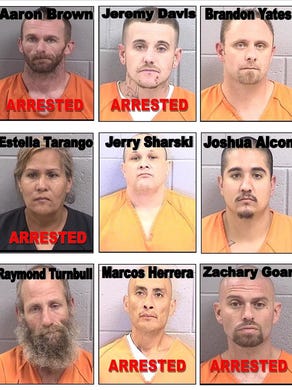