A voluntary manslaughter charge has been filed against a 25-year-old man in Farmington Magistrate Court. 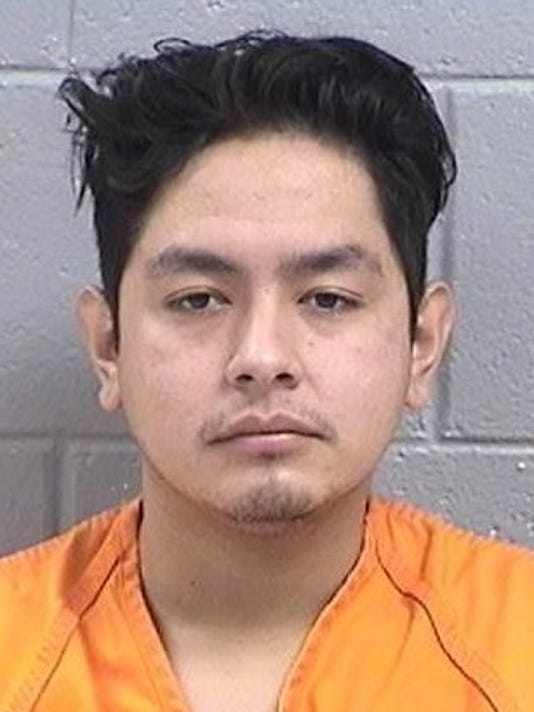 FARMINGTON – A 25-year-old man has been charged with voluntary manslaughter, a third-degree felony, in connection to the strangulation of a family member in July.

His uncle, Marcus Benally, died on July 21 after they fought a day earlier at an apartment complex at 2503 Lee Ave. in Farmington.

An arrest warrant affidavit filed by Farmington police on Jan. 27 detailed, from witness statements, what occurred that day.

San Juan County Chief Deputy District Attorney Dustin O'Brien said today the state waited to file the charge until the autopsy report was available because it played a large role in the case.

Multiple witnesses said in the affidavit that Marcus Benally, 34, appeared intoxicated prior to getting into the fight with his nephew.

A female witness said her boyfriend and the elder Benally had been drinking at the couple's apartment when Benally wanted a cigarette so they went to a nearby apartment where Joshua Benally was playing video games.

While visiting the apartment, Benally asked his nephew why he was hanging out there with a person he did not approve of and Joshua Benally told his uncle to go home.

According to witnesses, Margaret Benally, Marcus' mother and Joshua's grandmother, attempted to take Marcus Benally home but he refused and then attempted to fight his nephew in the parking lot.

The female witness said they were able to calm Marcus Benally down and he returned to her apartment, where he later asked to talk to his nephew, so she brought him there.

She said that after Joshua Benally arrived he started answering questions but the situation escalated and Marcus Benally became upset and allegedly hit his nephew.

Joshua Benally said in the affidavit he was standing by the entryway when his uncle shoved him and began to punch him.

He said the female witness' boyfriend tried to get his uncle off him. He said his uncle was pushed backwards by the boyfriend and those two fell through the front door.

Joshua Benally said he got up and walked outside, where his uncle charged at him and, defending himself, he grabbed his uncle's left leg and picked up him, causing him to fall.

Benally said he eventually got on top of his uncle's back and wrapped his arm around his uncle's neck in an attempt to calm him down.

He said he told Margaret Benally to call the police but she allegedly said no and told him to tie up his uncle.

Multiple witnesses said they saw Joshua Benally holding down his uncle with help from two other men.

In the affidavit, Margaret Benally said she tried to take her son home but he refused and started to run off behind the apartment.

She said she told her grandson to tie his uncle's arms and legs and she thought her son hit his head on the sidewalk when he fell.

When patrol officers arrived, Marcus Benally was found outside the apartment and had stopped breathing. CPR was performed by paramedics, according to the affidavit.

He started to breathe after approximately 10 minutes of CPR and was transported the emergency room at San Juan Regional Medical Center, where he died on July 21 in the intensive care unit.

An autopsy report by the New Mexico Office of the Medical Investigator ruled the cause of death as manual strangulation and traumatic asphyxia, the affidavit states.

A preliminary examination hearing for Joshua Benally is scheduled for 8:30 a.m. on Feb. 8 in Farmington Magistrate Court.

He was released today from the San Juan County Adult Detention Center in accordance with a court order, according to a detention center employee.