Michael Shirley will join brother Elijah Shirley in entering a plea to charges in the murder of a Fruitland man.

FARMINGTON — A second brother charged with murder in the killing of 30-year-old Brandon BlueEyes has indicated in court filings he will enter a plea to the charges.

Charles Fisher, attorney for Michael Shirley, said Friday his client will plead guilty to accessory after the fact at Wednesday's hearing.

He declined to answer questions about the plea negotiations.

Elijah Shirley's attorneys, Aric G. Elsenheimer and Michael A. Keefe, could not be reached for comment. 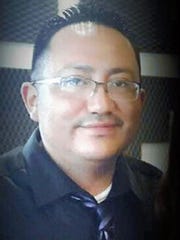 A third brother, Maynard Shirley, is scheduled to appear at trial Oct. 17 in Albuquerque.

The brothers are charged in the U.S. District Court of New Mexico with first-degree murder and assault on allegations they broke into a Fruitland residence on March 21, 2015, and fatally stabbed BlueEyes and injured his father, according to court records.

Valerie Jim, Elijah Shirley's ex-girlfriend, was at the residence at the time of the attack, records state. She told investigators she had recently begun dating BlueEyes, who was a close friend of Elijah Shirley.