A 61-year-old woman was arrested Thursday on allegations she attempted to sneak methamphetamine to her jailed son. 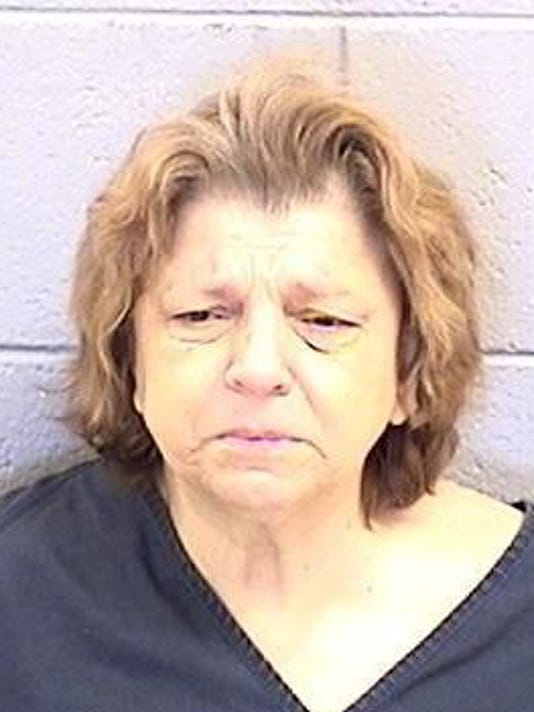 FARMINGTON — A 61-year-old woman was arrested Thursday on allegations she attempted to sneak methamphetamine to her jailed son.

Juliann Webster was charged Tuesday in Farmington Magistrate Court with furnishing drugs to a prisoner, a fourth-degree felony.

Webster's son, Matthew Webster, is charged with bribery of a public officer and possession of a controlled substance.

Attorney Steve Murphy said Friday he was representing Juliann Webster, but he had not yet reviewed her case and was therefore not ready to comment on it.

Matthew Webster has not yet retained legal representation, according to court records.

A Farmington police officer was dispatched Tuesday morning to San Juan Oral and Facial Surgery, 1700 N. Butler Ave. in Farmington, to investigate an incident of alleged drug possession, according to an arrest warrant affidavit.

Guards from the San Juan County Adult Detention Center said at the scene that Matthew Webster was being walked back to the detention center's transport vehicle after a medical appointment when the 33-year-old inmate stumbled to the ground, according to the affidavit.

Webster appeared to retrieve a small folded piece of paper that was hidden on the wheel of the transport vehicle when he fell, the affidavit states.

A guard confiscated the packet and discovered it contained approximately 3 grams of meth, the affidavit states. Webster allegedly offered the guard $100 to ignore the incident, according to the affidavit.

Matthew Webster's mother was in the parking lot when the guards first arrived at the medical center, according to the affidavit. The guards said the inmate asked to speak with his mother, but they denied the request, the affidavit states.

The officer went to the mother's residence, where Juliann Webster allegedly admitted she brought her son a package she "guessed" contained drugs.

She told the officer she was provided the drugs by someone else, according to the affidavit.

She said she visited her son because he is facing a very long prison sentence and she wanted to wave at him.