Police are investigating the stabbing of a delivery driver on Wednesday morning at a Farmington mobile home park.

FARMINGTON — Police have identified the UPS employee stabbed this morning in Farmington as 25-year-old Colton Kennedy.

Farmington police officers were dispatched at 10:17 a.m. to the Royal Mobile Home Park, 725 W. Animas St. in Farmington, after receiving reports of the stabbing, according to police spokeswoman Georgette Allen.

Police learned Kennedy was stabbed repeatedly outside a residence while delivering packages, according to Allen.

Allen said detectives continued to investigate the stabbing this afternoon.

No motive has been established, and the weapon has not been recovered, according to Allen.

“Our concern right now is with the health and recovery of our driver.”

A UPS spokesman said in a statement that the company was working with police on their investigation into the attack.

"Our concern right now is with the health and recovery of our driver," the spokesman said.

The suspect was described as a 5-foot-10-inch Native American male with a thin build and light facial hair on his chin, according to Allen. He was last seen wearing a black shirt and blue jeans.

Anyone with information on the suspect's whereabouts can contact the San Juan County Communications Authority at 505-334-6622. 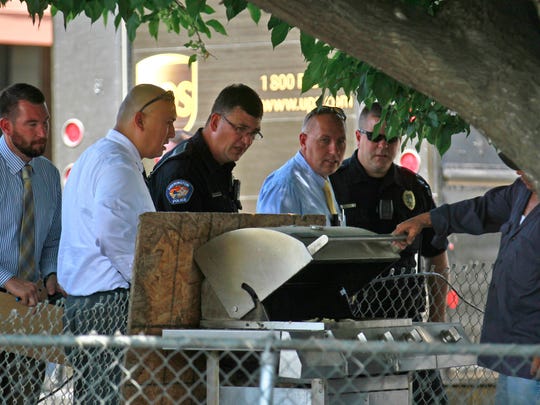