A warrant has been issued for an alleged accomplice in a hit-and-run last month at Navajo Trading Co. in Farmington. 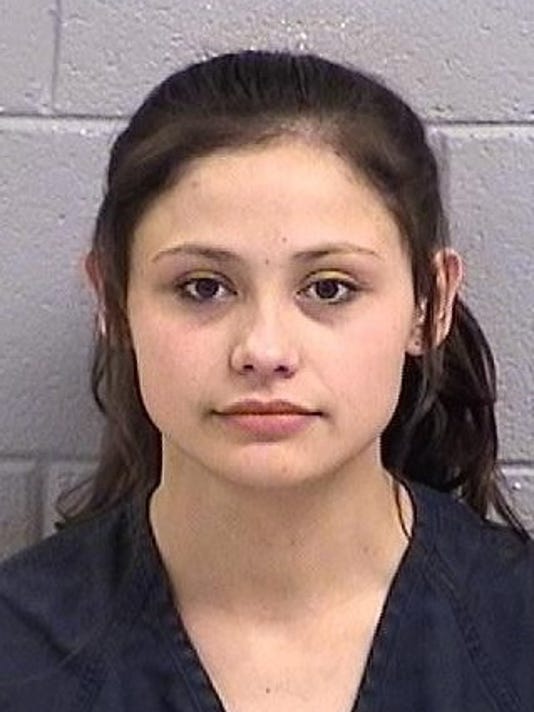 FARMINGTON — A warrant has been issued for an alleged accomplice in a hit-and-run last month at Navajo Trading Co. in Farmington.

Tanya Spang, 23, of Farmington, was charged April 26 in Farmington Magistrate Court with accessory to aggravated battery with a deadly weapon and petty misdemeanor battery.

Spang was allegedly a passenger in a vehicle that struck a woman April 19 in the parking lot at Navajo Trading Co., according to an arrest warrant affidavit.

Farmington police were dispatched at 2:09 p.m. to the store at 126 E. Main St. after receiving reports of the incident, the affidavit states.

Police learned at the scene that the victim, Maureen Scott, was allegedly run over by Matthis Slim, who fled the scene in a red Toyota pick-up truck, the affidavit states.

Slim was arrested April 25 at a residence on North Butler Avenue in Farmington, according to the affidavit. He told police Spang was a passenger in his vehicle at the time of the incident, the affidavit states.

Anyone with information about Spang's whereabouts is asked to contact the Farmington police detectives division at 505-599-1005 or San Juan County Crime Stoppers at 505-334-8477.