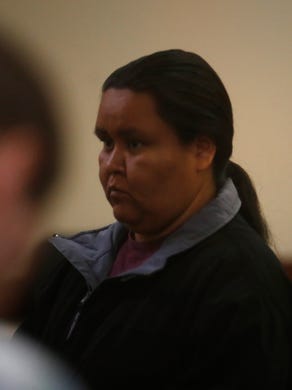 Famington Police Chief Steve Hebbe walks out of the courtroom on Thursday after a sentencing hearing for Ashley Goodvoyce at the Aztec District Court. Jon Austria/The Daily Times
Fullscreen

If Ashley Goodvoyce violates probation, she faces up to seven and a half years in prison 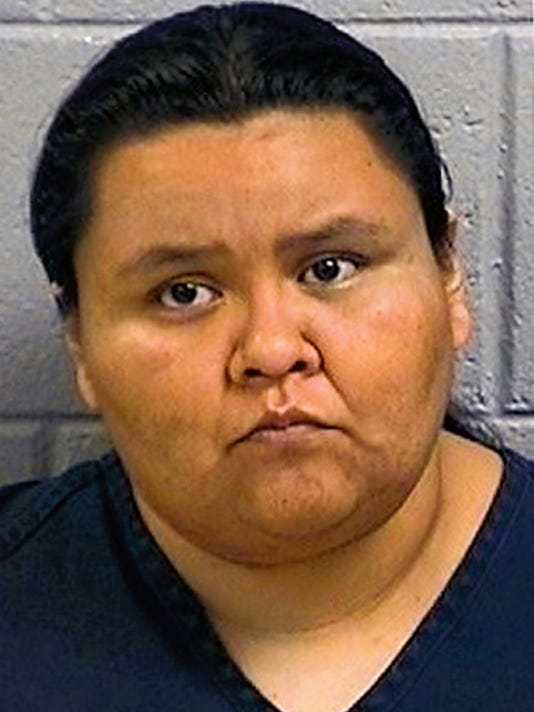 FARMINGTON — Former Farmington police evidence technician Ashley Goodvoyce was sentenced today to probation for her October 2014 conviction in the theft of drugs and cash from the police department's evidence room.

She was initially sentenced to seven and a half years in prison, but that was suspended and Goodvoyce will instead serve five years of probation.

If Goodvoyce violates the terms of her probation, she will face up to seven and a half years in prison.

"There will be zero tolerance," Dean said.

Goodvoyce faced up to 15 years in prison after she pleaded guilty Feb. 3 to embezzlement, forgery, five counts of tampering with public records and two counts of possession of a controlled substance.

Dean said he initially believed Goodvoyce should be sentenced to prison, but he was convinced to sentence her to probation after hearing testimony from Farmington police Chief Steve Hebbe.

Famington Police Chief Steve Hebbe walks out of the courtroom on Thursday after a sentencing hearing for Ashley Goodvoyce at the Aztec District Court. (Photo: Jon Austria/The Daily Times)

Goodvoyce did not address the judge and declined to answer questions after the hearing. Her attorney, Arlon Stoker, pointed out that Goodvoyce cooperated fully with the department's investigation and had no prior criminal record.

Hebbe told the judge Goodvoyce was a trusted and well-liked employee whose actions tarnished the department's reputation and cost taxpayers ten of thousands of dollars.

However, he said, he did not want Dean to "throw the book" at the 28-year-old woman.

"I hope she has gotten a grip on what caused her to do these things, and I hope she can get her life back on track," Hebbe said.

Farmington police officials discovered on Oct. 14, 2014, that thousands of dollars and hundreds of prescription pain pills were missing from the department's evidence room, leading to Goodvoyce's arrest and a full audit of sensitive items held by the department.

Hebbe was recognized last year by the Commission on Accreditation for Law Enforcement Agencies for his transparent response to the discovery.

“I hope she has gotten a grip on what caused her to do these things, and I hope she can get her life back on track.”

Officials initially feared the thefts would cause numerous criminal cases to be dismissed due to a broken chain of custody. But at Thursday's hearing, Hebbe said fewer than a dozen cases were affected.

Prosecutor Christopher Spinner told Dean on Thursday that the evidence tampering did not lead to any cases being dismissed nor to any defendants being offered plea deals.