A 55-year-old woman has been accused of battering a 5-month-old puppy at an RV park in San Juan County. 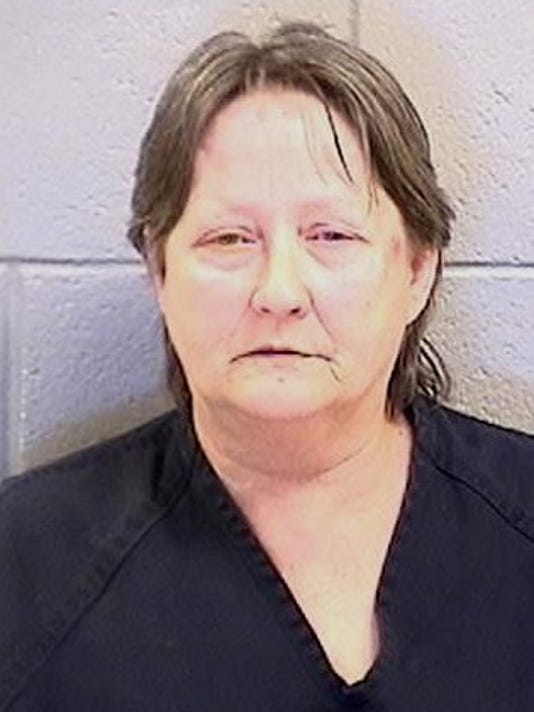 FARMINGTON — A 55-year-old woman has been accused of battering a 5-month-old puppy at an RV park in San Juan County.

Jeanne Jacobs was charged Thursday in Aztec Magistrate Court with extreme cruelty to animals. She was being held at the San Juan County Adult Detention Center on a $5,000 bond, according to court records.

She has not yet retained legal representation, records state.

A deputy with the San Juan County Sheriff's Office was dispatched on March 15 to an RV park at 6056 U.S. Highway 64 after receiving reports from neighbors that Jacobs was yelling and banging on the walls of her camper, according to an arrest warrant affidavit.

Neighbors also reported hearing a dog yelping in distress. One neighbor told the deputy the dog was "screaming bloody murder," the report states.

The deputy knocked on Jacobs' door, and she answered it holding a small dog in her arms, according to the report.

The deputy noted in the affidavit the dog had a small patch of blood on its head and was panting heavily. When set on the ground, the dog had trouble balancing and appeared to have an injured paw, according to the report.

Jacobs told the deputy that the dog, "Bailey," had been mauled by a big yellow dog, but the deputy was skeptical and asked the woman if he could bring the dog to the Aztec Animal Shelter for treatment.

She agreed, and an animal control officer at the shelter inspected the dog.

The animal control officer told the deputy the dog had an eye hemorrhage, superficial cuts and bruising. He said the wounds were not consistent with a dog attack, but rather blunt force trauma, according to the affidavit.

Jacobs told the deputy she was upset with Bailey because the dog would not stop crying, but said she did not hit the dog, according to the affidavit.

An initial court appearance has not yet been scheduled, according to court records.