The Aztec Highland Games and Celtic Music Festival brought a taste of the Old World to Riverside Park.

AZTEC — The annual Aztec Highland Games and Celtic Music Festival begun on a beautiful morning this year at Riverside Park in Aztec.

The event is a way for people — Celtic or not — to celebrate Celtic culture and to bring together people from throughout the Celtic, Scottish, Irish, and Welsh diaspora. It included live music, dances, and athletic games,

“We’re here to represent the Munro clan out of Scotland. A clan is a family,” said David Munro.

He stood with his wife, Hilda Munro, beside their booth for the Munro clan at the games.

A woman holds the Clan Lamont banner, Saturday, Oct. 5, 2019, during the Aztec Highland Games. Clan Lamont is one of several Scottish clans that were represented at the event. (Photo: Sam Ribakoff/Daily Times)

“This meeting here we get to meet other clans, and it’s just beautiful,” Munro said, gesturing to the booths set up throughout the park with other clan names.

Munro says he’s even met up with other local members of his clan who didn’t know lived so close to him.

“When I got to this park in 1998, I immediately knew that there needed to be a highlands games event here,” said John Cater, the event’s founder.

Cater said the impetuous for the festival — which began in 2011 — was not only to celebrate Celtic culture, but to create a stage for Celtic bands and musicians, and a to introduce highland games to the area. These games include caber tossing, where contestants attempt to throw a giant log, and sheaf tossing, where contestants try to throw a bundle of straw vertically over a raised bar using a pitchfork.

Local athletes as well as athletes from across the state and Colorado participated in  caber toss, sheaf tossing, stone putting, and Scottish hammer throwing competitions during this year's festival.

Libby Casarez came to the Aztec Highland Games from Albuquerque two years ago and fell in love with sheaf tossing. "I knew then that I was never going to stop what I’m doing.”

Sam Ribakoff is a visual journalist for The Daily Times. He can be reached at 505-564-4621 or email at sribakoff@daily-times.com. 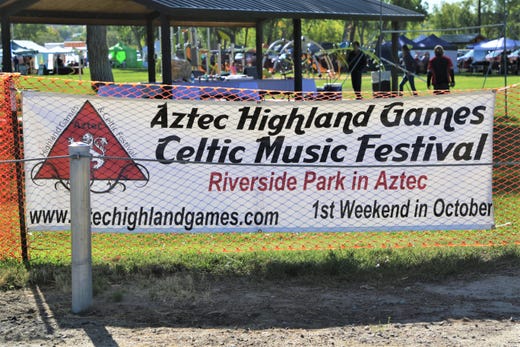 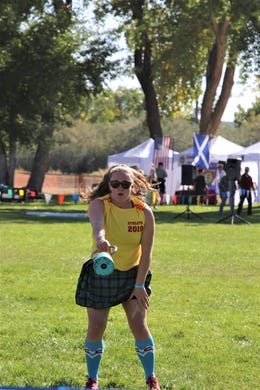 A contestant competes in a weight over the bar game, Saturday, Oct. 5, 2019, during the Aztec Highland Games and Celtic Music Festival at Riverside Park. Sam Ribakoff/Daily Times
Fullscreen 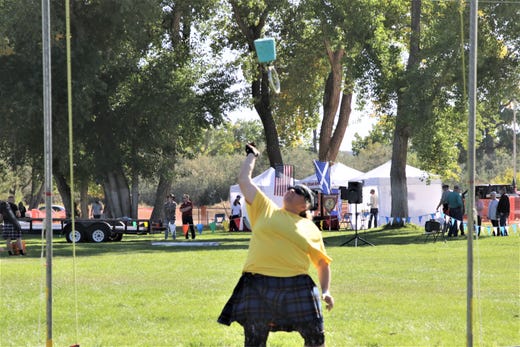 A contestant throws a weight over a bar overhead, Saturday, Oct. 5, 2019, during the Aztec Highland Games. Sam Ribakoff/Daily Times
Fullscreen 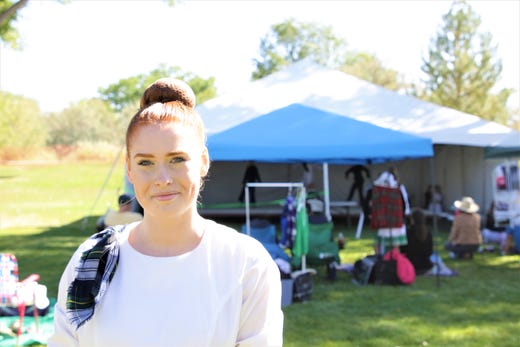 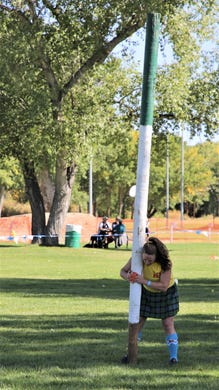 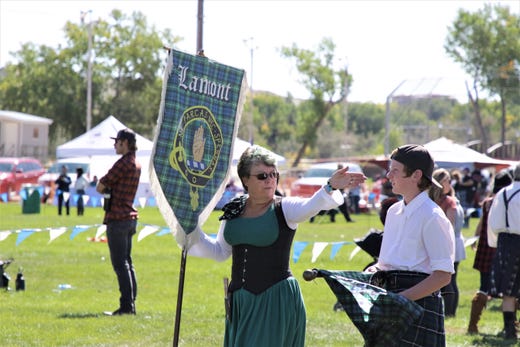 A woman holds the Clan Lamont banner, Saturday, Oct. 5, 2019, during the Aztec Highland Games. Clan Lamont is one of several Scottish clans that were represented at the event. Sam Ribakoff/Daily Times
Fullscreen 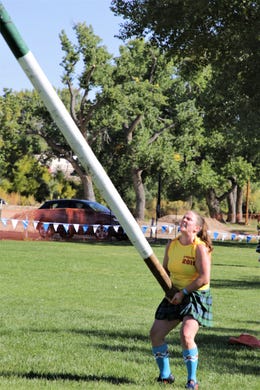 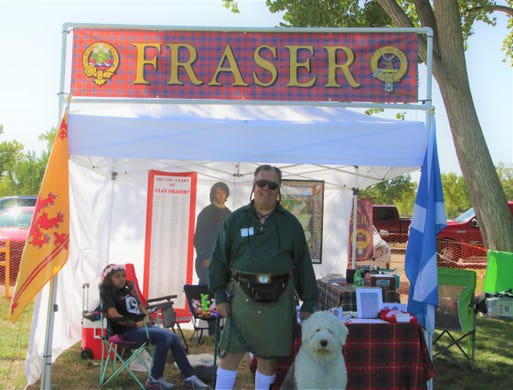 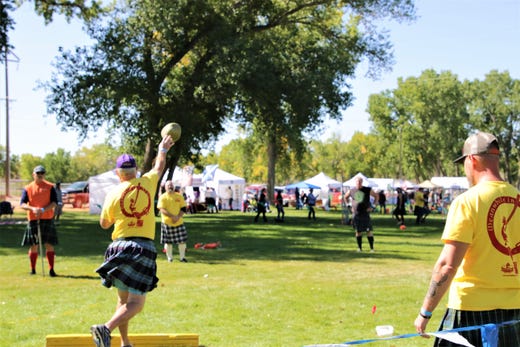 A map of the Scottish clans is displayed, Saturday, Oct. 5, 2019, during the Aztec Highland Games and Celtic Music Festival. Sam Ribakoff/Daily Times
Fullscreen 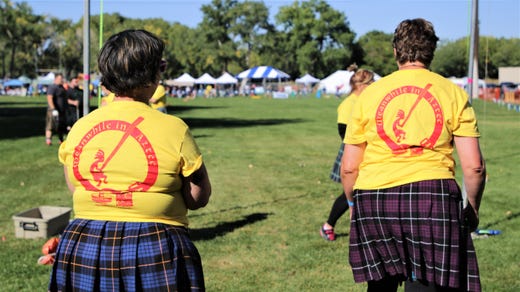 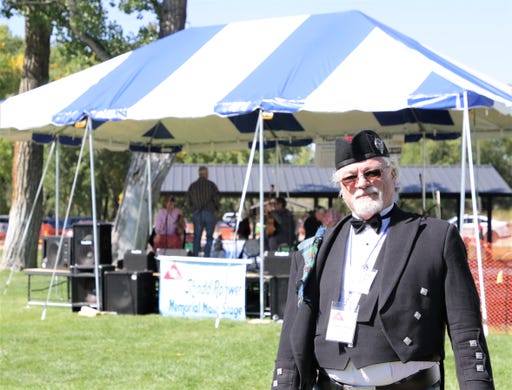 John Cater, the founder of the Aztec Highland Games, poses for a picture, Saturday, Oct. 5, 2019, during the annual event. Sam Ribakoff/Daily Times
Fullscreen