Which people will make recommendations about land use near Chaco?

Which people will make recommendations about land use near Chaco? 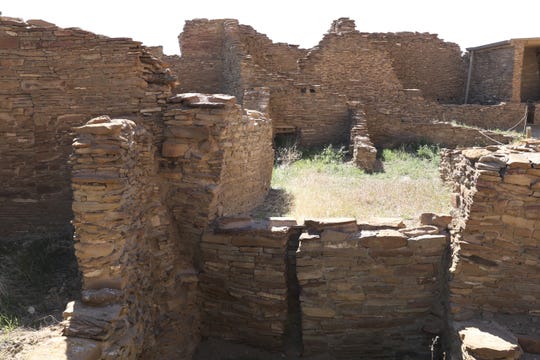 The working group will meet from 1:30 to 3:30 p.m. Sunday, May 19, at San Juan College, according to a press release from the State Land Office. This will be the group's second meeting. The first meeting was Saturday when Garcia Richard issued the executive order.

"Saturday's event felt like a watershed moment," said Rebecca Sobel, the senior climate and energy campaigner for WildEarth Guardians. Sobel is one of the 20 members of the working group. She said the working group plans to meet monthly. 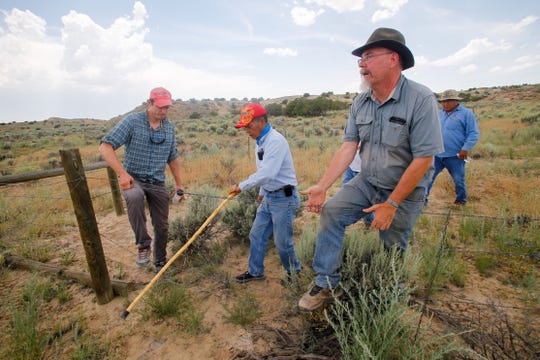 Archaeologist Paul Reed, seen in this 2015 file photo leading a tour of Pierre's Site near the edge of the 10 mile Chaco buffer zone, is a member of a new working group that advises the state's land commissioner on land uses in the Greater Chaco region. (Photo: The Daily Times file photo)

Sobel said she feels honored to sit on the same working group as tribal leaders, including council delegates.

The executive order states that a moratorium will allow the State Land Office “to explore other land uses that are more consistent with the protection and preservation of the landscape” in the Greater Chaco area.

The moratorium will impact 72,776 acres of state trust land within 10 miles of the park. The order will not impact federal or private holdings in the area, which is known as the checkerboard due to various surface and subsurface ownership.

The executive order came weeks after Garcia Richard spoke to a Congressional subcommittee about the impacts of oil and gas development on sites like Chaco Culture National Historical Park. 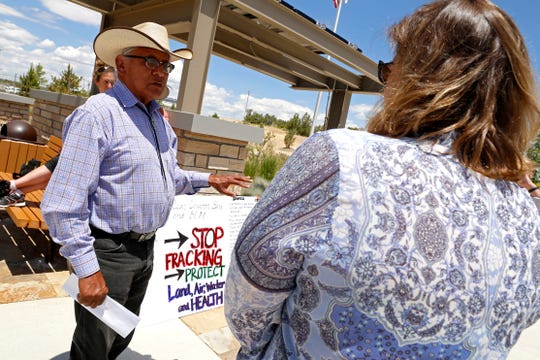 Among the members of a new working group advising the State Land Office's leader on land uses in the Greater Chaco Area is Daniel Tso, seen here at left speaking on June 1, 2015, during a rally against fracking near Chaco at the Bureau of Land Management Farmington Field Office. (Photo: The Daily Times file photo)

Rico is the chapter president of the Torreon Chapter. Like Tso, Rico has pushed for a moratorium on oil and gas development in the greater Chaco Region.

Werito is the chapter president of the Ojo Encino Chapter. Werito has also advocated for a buffer zone around Chaco Canyon.

Domingo is the chapter president of Counselor. He has also pushed for greater protections for Chaco Canyon.

Chavez is the chapter president of the Nageezi chapter and a former San Juan County Commissioner. He has also supported creating a buffer zone around Chaco.

Pasqual serves as a member of the All Pueblo Council of Governors Natural Resources Committee. Pasqual is a member of Acoma Pueblo. She is an archaeologist and formerly served as the historic preservation director for Acoma Pueblo.

Naranjo is the policy coordinator for the All Pueblo Council of Governors. She is a member of Santa Clara Pueblo.

Chiquito serves on the staff of the Ojo Encino chapter. Chiquito's parents are allottees.

Reed is a preservation archaeologist for Archaeology Southwest. Reed is based in Taos, but works as a Chaco scholar at Salmon Ruins near Bloomfield. He has spent six years advocating for protections like a buffer zone around Chaco Culture National Historical Park.

Sobel is the senior climate and energy campaigner for WildEarth Guardians. Protecting Greater Chaco from oil and gas development is one of seven priorities listed on the environmental advocacy group's website, along with stopping fossil fuel production on public lands. WildEarth Guardians is part of the Greater Chaco Coalition, which has submitted thousands of comments opposing oil and gas leases near Chaco Canyon. Sobel said the coalition plans on filing more than 11,000 comments today opposing proposed parcels near Chaco Canyon and Carlsbad Caverns that are included in the June lease sale. She said some of those leases are a few miles outside of the 10-mile Chaco buffer zone.

Flaherty is an organizer for the Rio Grande Chapter of the Sierra Club.

Eisenfeld is the energy and climate program manager for San Juan Citizens Alliance. 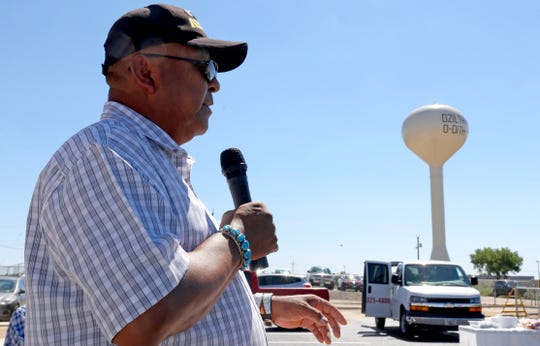 Sam Sage, community service coordinator for Counselor chapter, is a member of the new Chaco Canyon Land Office Working Group. Here he is seen speaking on Aug. 5, 2015, during the grand opening for an administrative service center at the Navajo Nation Police Substation in Dzilth-Na-O-Dith-Hle. (Photo: The Daily Times file photo)

Sage is a resident who lives in Counselor Chapter, where he serves as community services coordinator. Sage has been an environmental advocate pushing for a moratorium on fracking and a buffer zone around Chaco Culture National Historical Park.

Montoya is the vice president of the Torreon Chapter.

This story has been modified to correct the spelling of a name.