If it passes the Senate, the Energy Transition Act will go to the House of Representatives. The bill seeks to move the state away from fossil fuels. 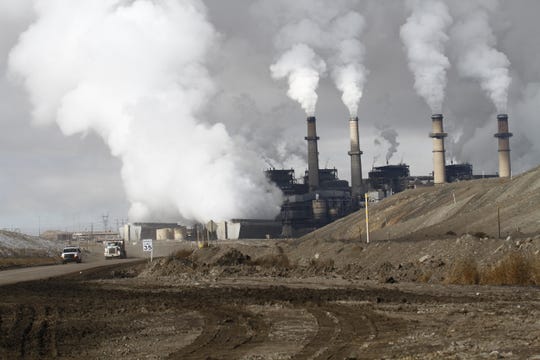 FARMINGTON — The state Senate will hear a bill aimed at transitioning New Mexico away from coal power and other fossil fuels, however an amendment proposed by Sen. William Sharer, R-Farmington, will not be included among the committee amendments.

This legislation, known as the Energy Transition Act, was drafted in light of Public Service Company of New Mexico’s plan to shutter the San Juan Generating Station in 2022. It includes a financing mechanism for PNM as well as financial assistance for the Four Corners region and increased renewable energy requirements for utilities throughout the state.

The Senate Corporations and Transportation Committee was faced with a curveball last week after Farmington announced it will acquire the San Juan Generating Station and plans to transfer the ownership of the plant to Acme Equities LLC. Acme would then install carbon capture and sequestration technology on the plant and keep it open past 2022.

This led Sharer to propose an amendment that would allow Acme to perform a feasibility study examining installation of CCS technology on the San Juan Generating Station. If the study found that this technology could be installed on the plant and if Acme started construction in 2023, the amendment would have allowed the generating station to stay open.

The bill’s co-sponsor, Sen. Jacob Candelaria, D-Albuquerque, called it an unfriendly and unnecessary amendment during a committee meeting Monday that can be viewed online at nmlegis.gov.

He said it is unnecessary because the state law allows Farmington or Acme to apply for variances to the proposed terms outlined in the Energy Transition Act. Candelaria opposed the amendment because it would guarantee the extended life of the San Juan Generating Station if two conditions are met. He said the amendment would take out the public process and tribal consultation.

The amendment failed on a party line vote.

When the amendment failed, Sen. Sharer was one of two committee members to vote against the “do pass” motion for the bill. Sen. Pat Woods, R-Broadview, recused himself from voting on the bill, citing potential personal financial benefits if the Energy Transition Act passes.

OPINION: Back the Energy Transition Act

If it passes the Senate, the Energy Transition Act will be heard by the House of Representatives. The House will need to approve the bill and send it to the governor's desk by noon March 16, when the legislative session ends.

Farmington City Manager Rob Mayes said the city could support all aspects of the bill if it gets a short window of opportunity to study CCS technology.

During a committee hearing on Saturday, County Manager Mike Stark said San Juan County could support the Energy Transition Act if it allowed Acme the opportunity to complete a feasibility study looking at CCS technology.

The San Juan County entities say closing the San Juan Generating Station and the associated San Juan Mine would cause 1,500 people to lose their jobs and would take away a significant portion of property tax revenue to Central Consolidated School District.