Newly elected county officials were sworn in during a ceremony in Aztec. 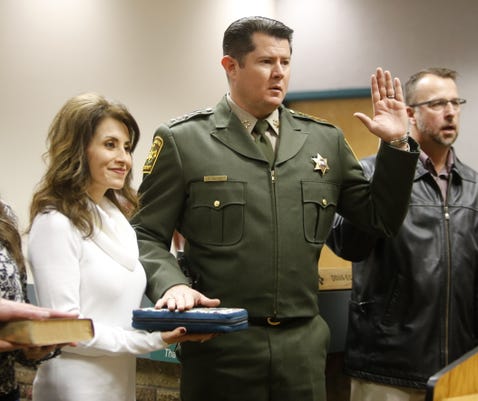 AZTEC — Prior to taking the oath of office, San Juan County Sheriff Shane Ferrari reflected on his career in law enforcement.

“I can't say I ever saw myself being sheriff,” he said during a ceremony Monday afternoon at the county administration building in Aztec.

While he didn't go into law enforcement with plans to become the county's chief law enforcement officer, Ferrari said Monday he felt honored to be standing at the ceremony about to take the oath. 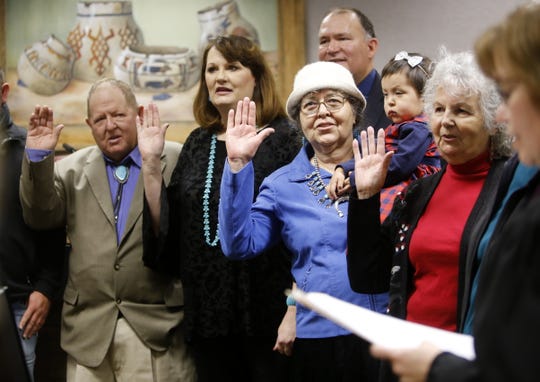 After the ceremony, Ferrari drove across town to swear in the members of the San Juan County Sheriff's Office.

Ferrari spoke to the members of the Sheriff's Office as they sat in the bleachers in the Lily White Gym at Aztec High School before swearing them in as law enforcement officers.

Deputies must be sworn in every four years, according to Sheriff's Office spokesperson Jayme Harcrow. 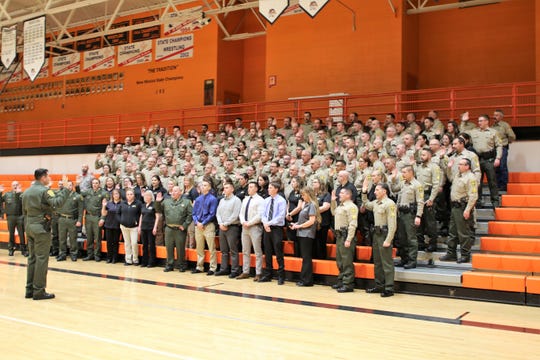 Ferrari spoke of how he feels the weight and responsibility he owes to the members of the Sheriff's Office, and of keeping the community safe.

"To have this day come, I'm so delighted," Ferrari told The Daily Times. "It's such an honor to stand before these men and women of the Sheriff's Office and address them for the first time as sheriff."

The deputies posed for a group photo with their new sheriff after they were sworn in.

During his first few weeks in office, Ferrari said he will help those who received promotions get situated in their new positions within the agency. He then plans to start developing strategic goals and start planning for the next four years. 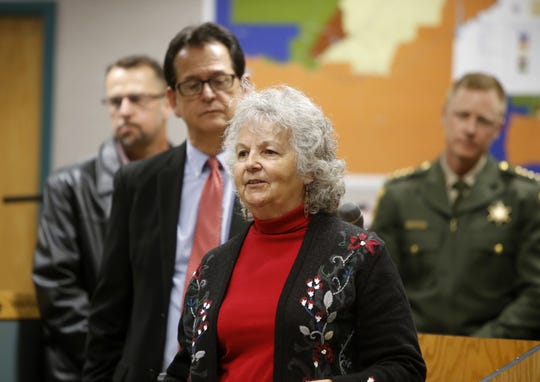 Each elected official had the chance to speak to members of the public who had gathered in the County Commission chambers.

Like Ferrari, Biel also reflected on her experiences. She had previously served as magistrate judge.

“It will be a really exciting new step for me,” she said.

Davis started by giving an overview of the Public Education Commission's role in overseeing charter schools.

“If you have any issues with charter schools, talk to me,” she said.

“It was a clean race I ran,” Voita said, adding that he was unopposed in the November general election.

County Commissioner GloJean Todacheene said she looks forward to working with the other commissioners. She encouraged people to drive safely in the snowy weather.

County Commissioner Michael Sullivan thanked his supporters and said he hopes he does a good job in his new position. 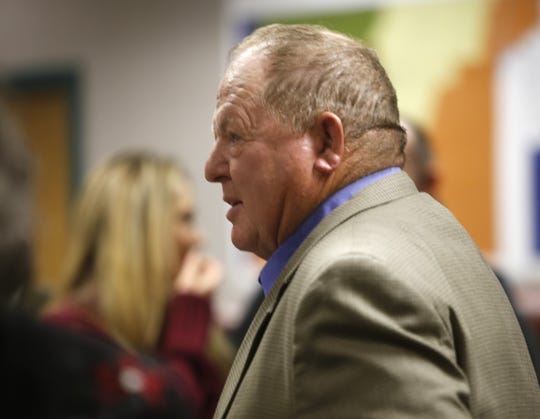 After the ceremony, Sullivan said his focus will be water rights and roads.

“We have a lot of issues with roads out there,” he said, adding that he suspects he and Todacheene have similar views about road infrastructure.